This article belongs to the Special Issue Reviews of Recent Advances in Research and Treatment for Gastroenterological Malignancies
Views:3535 | Downloads:357 | Cited:

It is a great honor for me to introduce the third issue of the Journal of Cancer Metastasis and Treatment. This is a special issue focusing on recent advances in research and treatment for gastrointestinal (GI) malignancies. Cancers arising from the GI tract, including esophagus, stomach, colorectum, liver, gallbladder and pancreas, are frequently observed all over the world. According to the global cancer statistics 2012, there were approximately 407,000 newly diagnosed cases with GI cancers and 304,000 deaths from them.[1] They accounted for 29% and 37% of all cancers excluding non-melanoma skin cancer respectively. Recent progress in molecular biological techniques facilitated understanding of the mechanism of cancer development and progression. This issue contains nine review articles concerning the topics attracting a lot of attention in the field of GI malignancies.

Epigenetic alterations regulate gene expression through mechanisms other than changes in the DNA sequence. DNA methylation abnormality, a major epigenetic process observed in many types of cancers, is characterized by global hypomethylation and site-specific CpG island hypermethylation. Shigaki et al. summarize the accumulated evidence for clinical application to use aberrant DNA methylation levels in GI cancers. MicroRNAs (miRNAs), which are small non-coding RNA molecules, also regulate gene expression at the post-transcriptional level and play important roles in modulating various biological processes. Some miRNAs act as onco-miR through attenuating the expression of tumor suppressor genes, while others act as tumor suppressor miR through suppressing the expression of oncogenes. Owing to the stability in plasma as well as formalin-fixed paraffin embedded samples, various miRNAs have been reported to be biomarkers in human cancers. Hiyoshi et al. document the utility of miRNAs as novel diagnostic/prognostic tools as well as therapeutic targets in GI cancers.

Adenocarcinoma of the esophagus or esophagogastric junction has dramatically increased in Western countries for several decades and recently an increasing trend is also observed in Asian countries. Although Barrett’s esophagus is well known as a precursor of esophageal adenocarcinoma, the molecular mechanism has remained unclear until recently. Imamura et al. demonstrate recent progress in understanding of molecular mechanisms of Barrett’s esophagus and esophageal adenocarcinoma.

Cancer metastasis develops through multiple steps, including invasion, vascular permeation, circulation, arrest and extravasation, proliferation and angiogenesis. Epithelial-mesenchymal transition (EMT) is considered to be essential for tumor invasion and metastasis. Okabe et al. review the mechanisms of EMT as well as molecules, which play important roles during EMT in GI cancers. Recent advances in technology enabled not only to detect circulating tumor cells (CTCs) but also to elucidate characteristics of CTCs. Iwatsuki et al. summarize the recent advances in methodology for detecting CTCs and discuss the implication of CTC analysis in clinical and translational research.

Cancer stem cells have the abilities for self-renewal and differentiation, and are responsible for cancer metastasis and chemoresistance. Recently, it has been revealed that cancer cells can change their characteristics reversibly from stem cells to non-stem cells, under the genetic and epigenetic regulations as well as the influence of microenvironmental factors. On the other hand, environmental factors such as chronic inflammation, obesity, metabolism and nutrition have been reported to influence carcinogenesis and progression of colorectal cancer. Izumi et al. document how microenvironmental factors affect maintaining stem cell properties in colorectal cancer. In tumor cells, genetic mutations and tumor microenvironment, such as hypoxia, cause alterations in multiple signaling pathways and then the altered signals affect cellular metabolism. The most famous metabolic phenotype characteristics of cancer cells is the Warburg effect: ATP are generated through glycolysis instead of oxidative phosphorylation, even under normoxic conditions. Aberrant metabolism in tumor cells can generate abnormally high levels of reactive oxygen species (ROS), which induce senescence or apoptosis. To counter such oxidative stress, cancer cells exert tight regulation of ROS and antioxidants in such a way that the cell survives and the levels of ROS are reduced to moderate levels.[2] Sawayama et al. review molecular mechanism of cancer metabolism, and demonstrate possible therapeutic strategies targeting metabolism.

Molecular targeted drugs block the pathways specifically involved in tumorigenesis and progression of cancers. Several targeted drugs have already been introduced into cancer treatment, and vascular endothelial growth factor and epithelial growth factor receptor are two major targets in the treatment for colorectal cancer. An antibody targets HER-2 has become a standard choice for gastric cancer with HER-2 overexpression/amplification. Currently, many candidate targeted agents are under clinical or preclinical study. Eto et al. summarize trends in clinical use of targeted drugs for GI cancers.

All of 9 first authors of review articles in this issue are young researchers who had started their research career at the Department of Gastroenterological Surgery, Graduate School of Medical Sciences, Kumamoto University. I would like to express my sincere appreciation to Professor Hideo Baba and all members of his department for their guidance and support for this project. I will be very happy if you enjoy this special issue. 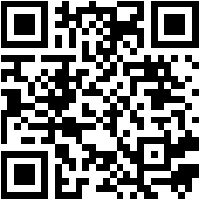