Diagnosis of leukemia during pregnancy is a dramatic event that poses challenges to the pregnant woman, the family, and physicians. Chronic myeloid leukemia (CML) comprises up to 10% of pregnancy-associated leukemia. There is no specific guideline for CML management in pregnant women. This study reported a case of successful pregnancy after 12 years of chemotherapy including tyrosine kinase inhibitor for CML. Pregnancy after 12 years of continuous chemotherapy is rare, which also led a challenge for medical oncologists and patient as well. This study described the assessment of the risk balance and benefit and management of such a patient.

Chronic myeloid leukemia (CML) occurs as a result of a reciprocal translocation between chromosome 22 and chromosome 9.[1] The discovery of tyrosine kinase inhibitor (TKI) imatinib has revolutionized the management of a once fatal disease to transform it into a treatable condition. CML patients in reproductive age and being treated with imatinib showed to have contemplating reproductive opportunities that would not have otherwise been possible in pre-imatinib era. The management of CML during pregnancy is a unique challenge for medical oncologists and requires balance between maternal survival and fetal health during the entire pregnancy. Because imatinib was teratogenic in rats, it was strongly advised that effective contraception should be used during therapy to prevent pregnancy.[2] There are still sparse safety data on newer generation TKIs such as nilotinib, dasatinib, or bosutinib to be used to treat a patient during pregnancy. In this study, we are reporting the outcome of a CML patient who became pregnant after receiving chemotherapy for 12 years.

As an 11-year-old girl, she was presented with loss of weight and dragging sensation in the left hypochondrium for 2 months in 2001. Out of patient clinic exam showed that she had a splenomegaly and moderate hepatomegaly and peripheral blood smear, bone marrow aspiration, and cytogenetic tests all showed abnormalities and, therefore, she was diagnosed as CML in chronic phase. Hydroxyurea treatment was started and maintained the treatment until 2006, during which period of time she was in complete hematological remission (CHR). In March 2006, imatinib was given to the patient through Gleevec International Patient Assistance Program at a daily dose of 300 mg and increased to 400 mg in September 2007. In 2008, BCR-ABL was 2.29%. In 2009, she lost her CHR. Due to financial limitations, imatinib resistance mutation analysis (IRMA) was not done. In March 2010, her BCR-ABL level gone up to 36.76% and the IRMA was performed, but did not show any imatinib resistance mutations. The imatinib dose was escalated to up to 600 mg daily. Due to intolerance, her imatinib dose was decreased to 400 mg daily. In February 2011, she got married, but in August 2011, she lost CHR and BCR-ABL had increased to 67.5%; thus interferon (IFN)-alpha 5 MU was added to the treatment remedy in an alternate day until July 2012. In October 2012, her BCR-ABL was 0.25% and IFN-alpha was discontinued and imatinib was continued at 400 mg daily until January 2013. In the January 2013 visit, she had conceived and had amenorrhea for 3 months. She was then informed about the teratogenic effects of imatinib and the possible consequences. She elected to continue the pregnancy, so imatinib was stopped in view of its teratogenic effects, and IFN-alpha 5 MU subcutaneously on alternate days was restarted. The pregnancy was uneventful. She was in CHR and BCR-ABL at the second trimester was 2.14%. On July 16, 2013, after 9 months of pregnancy, she delivered a healthy boy with a birth weight of 2.25 kg by caesarean section without any congenital abnormality. The postpartum period was uneventful. One month after delivery, the patient requested that interferon therapy be discontinued. Imatinib 400 mg was then restarted. She was advised not to breast feed while on imatinib. At the last follow-up in February 2015, the patient was in remission, and her baby was healthy.

Overall, malignancy during pregnancy is a unique challenge for medical oncologist. There is another significant problem when a patient becomes pregnant during or shortly after receiving chemotherapy or radiotherapy due to the side-effects of most chemotherapeutic agents and radiotherapy.[6-8] Side effects of chemo- and radiotherapy have been reported mostly from animal studies, but there is relatively little information on humans. The diagnosis of CML during pregnancy may be made more complicated because of physiological changes in body fluid including hematological parameters. These may temporarily mask the symptoms of malignancy.

For a male CML patient, there is no formal contraindication for fathering a baby while on TKIs, and the data available suggest that in most instances, babies born to such patients had no known abnormalities.[9-11] Although most of the prior data on the effects of imatinib on pregnancy have shown satisfactory outcomes, they do not support a determination that imatinib can be safely administered during the first trimester of gestation. Pye et al.[10] demonstrated the most comprehensive data on 180 women with CML exposed to imatinib during pregnancy. Outcome data were available for 125 (69%) patients and of those with known outcomes, 50% delivered healthy babies, 28% underwent elective terminations, and 14% had miscarriages. Three terminations occurred due to fetal anomalies. There were a total of 12 (9.6%) infants identified to have physical abnormalities, including different congenital abnormalities, either single or in combinations, e.g. craniosynostosis, hypoplastic lungs, exomphalos, duplex or absent kidney, hemivertebrae, shoulder anomalies, hypospadia, pyloric stenosis, and scoliosis. One infant was born with complex abnormalities, i.e. communicating hydrocephalus, cerebellar hypoplasia, and cardiac defects.[10] Cole et al.[12] showed 217 CML patients with pregnancy, of whom 78% carried their pregnancies to term, 11% had spontaneous abortions, and 28.5% of patients with unknown outcome. Among the 109 pregnancies (78%) with known outcome, 33% had complications, including spontaneous abortion in 22% of patients, still birth in one patient, malformations in 9 patients and low birth weight in 2 patients.[12] There are limited data on pregnancy using the second generation TKI. Cortes et al.[11] described the outcomes of pregnancies of 8 women who conceived while receiving dasatinib. Three had therapeutic abortions, two had spontaneous abortions, and three full-term delivered. The authors concluded that women in reproductive age with dasatinib therapy should take effective contraception. Conchon et al.[13] reported a case of successful pregnancy and delivery in CML patient under dasatinib treatment. Experimental studies on nilotinib in rabbits showed treatment-associated mortality, abortion, or low gestational weights. However, the data on human are limited.[14] Conchon et al.[15] published a case report of a successful pregnancy of a patient with CML on nilotinib.

Usually, conception during chemotherapy is not recommended; thus, couples in childbearing age must be consulted to use a proper contraception and inform the risk of fetal malformations for fetuses conceived while on treatment. There are limited data regarding alternatives to TKI in the successful management of CML during pregnancy. Most of these data were from case reports using leukapheresis or hydroxyurea in the third trimester of gestation, and low-dose IFN-alpha as maintenance therapy.[9] Pegylated IFN-alpha is contraindicated in pregnancy due to accumulation of polyethylene glycol. The recommended management of CML in pregnancy (as reported at American Society of Hematology 2011) is summarized in Table 1.

Recommendation of treatment as per American Society of Hematology 2011

A large series of the study indicated that an adequate response after restarting imatinib only occurred in patients with a major molecular response (MMR) before drug discontinuation. Therefore, for women who choose to become pregnant despite the risk, a minimal MMR should be achieved to reduce a risk of treatment failure after the reintroduction of therapy.[16] TKI therapy should be discontinued at least 3 months before conception for planned pregnancy. Quantitative reverse-transcriptase polymerase chain reaction analysis of peripheral blood at 6-weekly intervals is useful to check for loss of molecular response.[17] During lactation, TKI is contraindicated, if the patient is on TKI; then she should avoid breastfeeding. In our patient, she was on chemotherapy with either hydroxyurea IFN or imatinib for the last 12 years. Successful pregnancy after continuous chemotherapy for 12 years is very rare. Our patient was diagnosed as CML at age 11, which is also quite uncommon. Her young age may have contributed to a better clinical outcome.

The treatment of leukemia in pregnancy poses a significant challenge for medical oncologists as well as patients. Our patient received all possible treatment options and achieved a long-term remission. Although this experience is limited to a single patient, data on this patient indicate that CML management during pregnancy may be individualized based on a balance between relative risks and benefits to the patient and fetus. 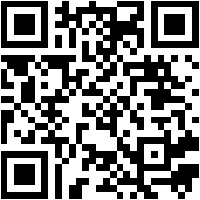