Hepatocellular carcinoma (HCC) is the most common malignant tumor of the liver. The most frequent sites of metastases are lungs, regional lymph nodes, adrenals and bones. However, an isolated sternal metastasis from HCC as an initial presentation has been rarely reported. A 45-year-old man presented with a progressively increasing mass over the anterior chest wall. On investigations, it was found to be arising from the sternum. Histopathology was suggestive of metastatic HCC, later conﬁrmed by the presence of a 9 cm × 7 cm mass in the liver on abdominal computed tomography scan and a signiﬁcantly elevated serum alpha fetoprotein level. Thus, metastasis from HCC should be included in the differential diagnosis of anterior chest wall mass and rapidly growing osseous metastases at unusual sites, even in the absence of signs of liver disease.

Hepatocellular carcinoma (HCC) is the most common primary malignant tumor of the liver. It commonly occurs in the 6th and 7th decades of life in the western countries whereas in Asia it is more common in the 4th and 5th decades. Chronic viral hepatitis, particularly hepatitis B, has been the most common etiological factor.[1] Hematogenous extra-hepatic metastases are commonly seen in lungs, lymph nodes, kidneys, adrenals, and bones. Though bone metastasis may occur in around 10% cases with HCC, the most frequent sites are vertebrae and pelvis, rarely sternum or ribs.[2] However, isolated sternal metastasis as the initial presentation of HCC has been rarely reported. We hereby report a case of a 45-year-old man who presented with progressively increasing anterior chest wall swelling, which was diagnosed to be sternal metastasis from incidentally diagnosed HCC.

A 45-year-old male presented to our hospital with chief complaints of progressively increasing swelling over the anterior chest wall, associated with mild pain for 2-3 months. There was no history of fever, jaundice, abdominal pain, loss of appetite and weight. Personal and family history was not signiﬁcant.

On examination, there was an 8 cm × 6 cm mass over the sternum, immobile and ﬁrm with no local rise of temperature. The overlying skin was tense, with dilated veins over the mass [Figure 1]. The remainder of the physical examination was unremarkable.

Routine blood investigations including hemogram and renal function tests were normal. However, liver function tests were altered, showing increased transaminases and alkaline phosphatase [Table 1]. Human immunodeﬁciency virus and hepatitis C virus were negative. However, the patient was found to be hepatitis B surface antigen-positive. 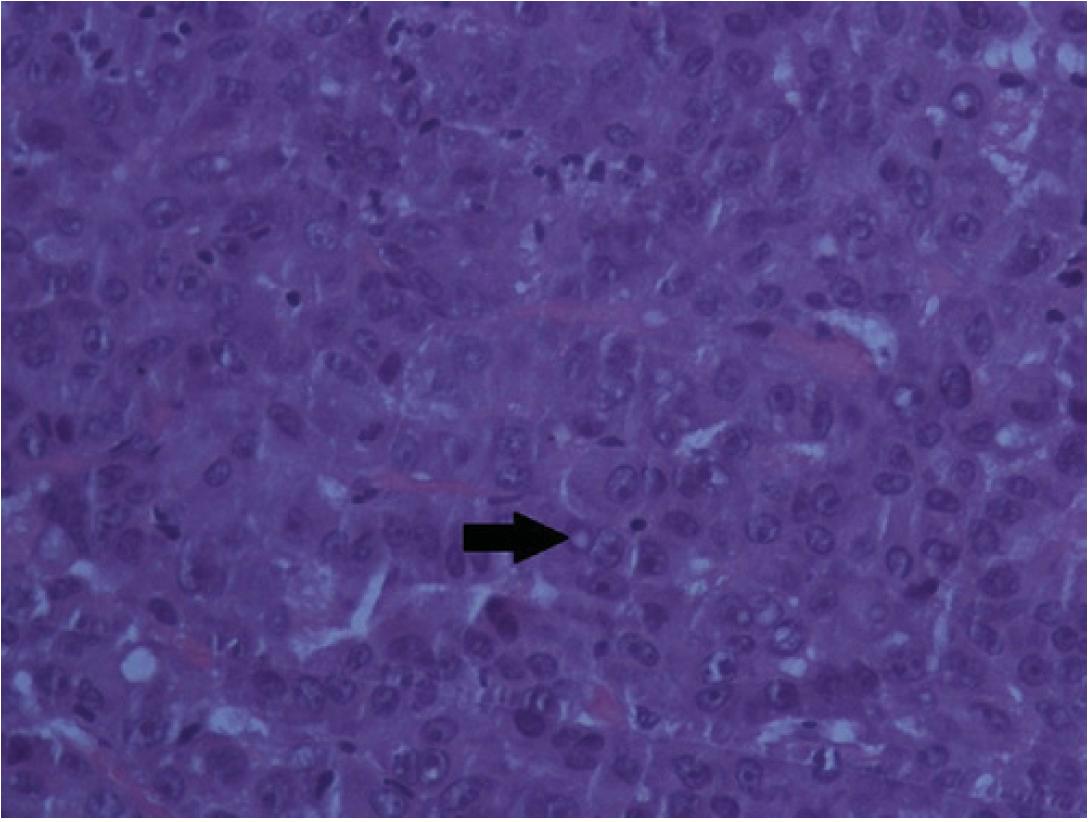 Further, CT scan of the abdomen revealed a 9 cm × 7 cm heterogeneously enhancing mass in the arterial phase in segment VIII and IV of the liver with early washout in the venous phase, suggestive of HCC [Figure 3]. Serum alpha fetoprotein (AFP) was greatly elevated at 34,300 ng/dL. In view of raised AFP, characteristic liver mass and biopsy of sternal mass, the diagnosis of HCC with sternal metastasis was conﬁrmed. The patient was treated with local radiotherapy to sternal metastasis (20 Gray, divided into 10 fractions) and was started on entecavir, 0.5 mg daily for hepatitis B and sorafenib, 400 mg daily for HCC. One month after the start of treatment, there was a mild reduction in the size of the sternal mass. The patient is currently under follow-up. 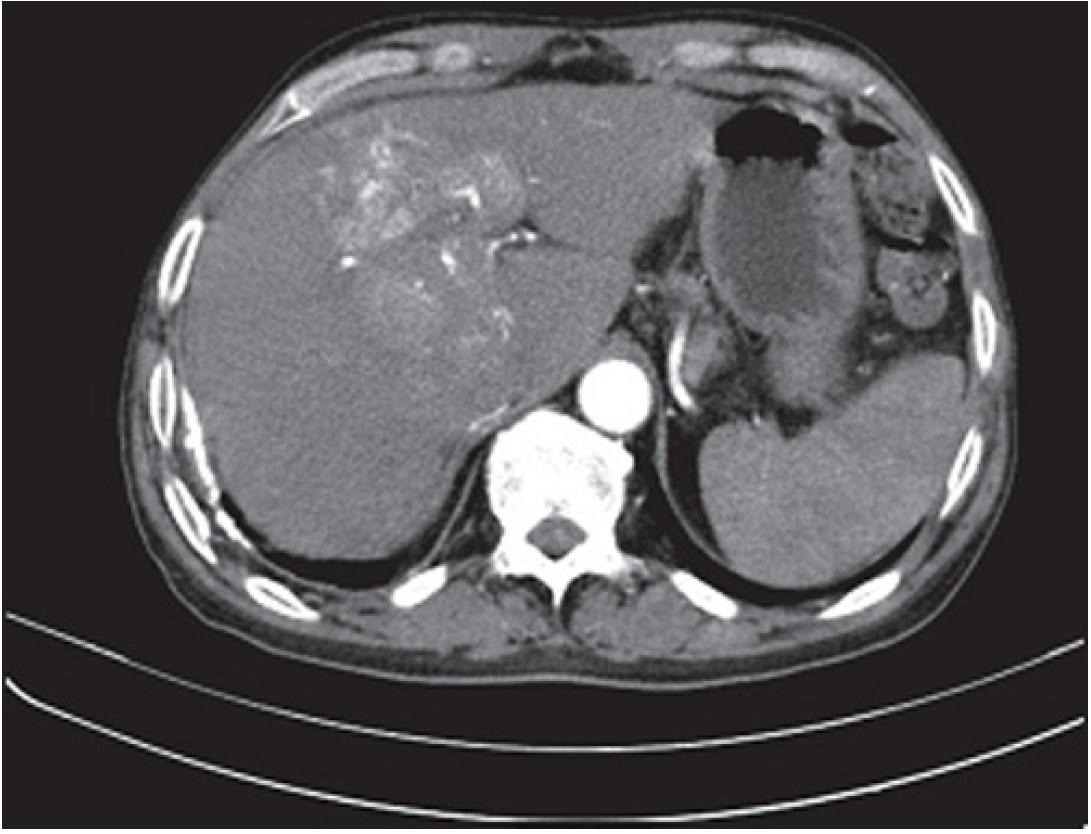 HCC is the most common primary malignant tumor of the liver and is one of the most frequently occurring malignancies in Asia. The incidence exceeds 30 cases in 100,000 people per year in the East Asian region.[3] The course of clinically apparent disease is generally very rapid, and, if untreated, most patients die within 3-6 months after diagnosis. HCC shows both intra-hepatic and extra-hepatic metastasis, with intra-hepatic metastases occurring more frequently. Extra-hepatic metastasis has been reported in 18% of cases.[4] The mode of extra-hepatic spread is generally hematogenous, less commonly via lymphatics or direct spread. The most common sites of extra-hepatic involvement are lungs, lymph nodes, adrenals, and bones.[4] Bony metastasis has been reported in 3-10% of cases.[5] The most common bones involved are vertebrae, pelvis, ribs, long bones, skull and, very rarely, sternum.[6] Further, bony metastases in HCC are generally multiple. An isolated bony metastasis as an initial presentation of HCC, as in our case, is rarely seen.[7]

HCC bony metastases are characteristically osteolytic and hypervascular and thus may rupture spontaneously, causing hemorrhage. Chen et al.[7] reported a case of a life-threatening hemorrhage from sternal metastasis from HCC. Similarly, Huang et al.[8] have reported a case of intractable bleeding from an isolated mandibular metastasis, which was controlled by palliative radiotherapy.

Very rarely, bony metastases from an unknown primary HCC have been reported. The exact mechanism is not known, but various theories have been postulated such as metastasis from micro HCC, which is later destroyed by the immune system, spontaneous regression of HCC, or HCC developing in ectopic liver tissue.[9] The etiology of HCC in our case was chronic Hepatitis B infection. In view of the raised AFP, a large liver mass and a characteristic osteolytic lesion in sternum with biopsy suggestive of HCC, the diagnosis was conﬁrmed and an FNAC from the hepatic mass was not required.

Sorafenib is one of the ﬁrst-line drugs used in the treatment of advanced metastatic HCC. Sorafenib is a tyrosine kinase inhibitor which inhibits cell growth in a dose- and time-dependent manner by altering the expression of genes involved in angiogenesis, apoptosis, and transcriptional regulation.[10] Various other treatment modalities have been reported for bone metastasis such as chemoembolization as for a primary HCC, systemic chemotherapy, radiotherapy or surgical resection.[6] Unfortunately, prognosis remains poor. Median survival for HCC with bone metastasis is reported to be 6.2 months.[6]

To conclude, we here report an unusual presentation of HCC as an isolated sternal mass. A high index of suspicion is required to accurately diagnose the disease at this point. Thus, authors have recommended that metastatic HCC should be included in the list of differential diagnosis of progressively growing bony lesions at unusual sites, even in the absence of signs of liver disease.

Quantities of Full-Text Views Each Month

Quantities of PDF Downloads Each Month 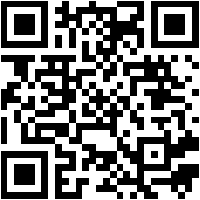