The therapeutic potential of duloxetine in prostate cancer-related fatigue

Cancer-related fatigue (CRF) is a common polysymptomatic syndrome with no standard therapy. The authors present the case of a prostate cancer patient in whom, during hormone therapy, disabling CRF and urinary incontinence occurred. CRF was assessed according to the brief fatigue inventory (BFI). The patient received duloxetine, 60 mg daily, due to its impact on both CRF and incontinence. After 2 months, the BFI score decreased (from 9 to 2) and urinary incontinence resolved. After duloxetine discontinuation, the patient maintained a low BFI score. The authors conclude that, as a serotonin-noradrenaline reuptake inhibitor, duloxetine could be active on prostate CRF, especially with associated urinary symptoms. Therefore, a pilot placebo-controlled trial with duloxetine to treat prostate CRF may be worthwhile.

According to National Comprehensive Cancer Network guidelines, cancer-related fatigue (CRF) is a distressing, persistent, subjective sense of physical, emotional and cognitive tiredness due to cancer and/or its treatments, which is not proportional to real daily living activity.[1] Diagnosis of CRF depends on the administration of multi-dimensional scales, albeit to date the superiority of one scale compared to the others is not yet well deﬁned.[2]

Generally, 60-90% of all cancer patients under speciﬁc treatment and 30-75% of cancer survivors present CRF.[3] It has been reported that about 74% of prostate cancer patients experience fatigue.[4] This association is due, in part, to the impact that androgen deprivation, the mainstay of pharmacological prostate cancer treatment, has on the pathophysiological mechanism of CRF.[5]

Most prostate cancer patients receive hormone therapy (HT) during their lifetime since it is used for localized disease, as neoadjuvant/adjuvant to radiotherapy or surgery, or for biochemical relapse following radical local treatment. Furthermore, HT often constitutes the sole treatment for localized disease in patients unsuitable for curative therapy or for metastatic disease. At early stages, 17% of patients undergoing HT complain about severe fatigue.[6] In patients receiving both radiotherapy and HT, the prevalence of chronic fatigue is about 39%.[7]

CRF is a complex, polysymptomatic syndrome caused by direct and/or indirect effects of neoplastic lesions, supportive care management, comorbidities and related medications, and environmental and psycho-emotional aspects. Although CRF patho-physiology is still not completely understood, each of these above mentioned factors can cooperate to lead to an abnormal production and use of adenosine triphosphate, an increase in pro-inﬂammatory cytokines, adhesion molecule and acute phase proteins. These metabolic changes are responsible for sleep-wake rhythm disorders and alterations of central nervous system mediators (corticotropin-releasing hormone increase, serotonin release and dopamine decrease).[8]

In one study, only 9% of patients with CRF were treated, and the rate of success was quite low.[9] At present, no satisfactory standard therapy for CRF is available.[10] Corticosteroids can be useful but are not devoid of major side effects. Some evidence supports the use of methylphenidate over placebo, but its use is limited by side effects, and it should be administrated only under expert supervision. One placebo-controlled trial on methylphenidate in prostate cancer showed a small beneﬁt. However, 37.5% of treated subjects dropped out for severe drug-related adverse events. Secondly, the sample size was quite small, and statistical analysis was not corrected for multiple comparisons.[11]

Also, erythropoietin may be effective but a speciﬁc dose for routine practice in CRF cannot be recommended. The aim of treatment should be to use the minimum required dose for the shortest duration.[12] This is due to the theoretical increase in the risk of thromboembolic side effects with higher doses and protracted treatment with erythropoietin and possible cancer stimulation.[10]

In some trials, antidepressants and psychostimulant drugs showed a small little clinical beneﬁt.[13] Here, we report a case of CRF treated with duloxetine. Duloxetine is a serotonin-noradrenergic reuptake inhibitor, commonly used as an antidepressant. It has been recently approved for neuropathic pain, chronic fatigue syndrome (at the dose range of 30-60 mg daily), ﬁbromyalgia and it is also recommended for urinary incontinence in Europe (40-80 mg daily).[14-16]

A 74-year-old man presented to our clinic complaining of more than 6 months of fatigue, which was exacerbated by activity and not relieved by rest. The patient had a history of advanced prostate cancer 3 years before, he underwent a radical prostatectomy (Gleason score 4 + 4, pT3bN0; prostate-speciﬁc antigen (PSA) 21.1 ng/mL) followed by adjuvant radiotherapy. Following treatment, only mild urinary incontinence was noted. Two years later, he had a biochemical relapse, with a PSA doubling time < 6 months for which he started on daily bicalutamide, 50 mg and monthly luteinizing hormone-releasing hormone agonist. After starting medical therapy, a progressive and signiﬁcant PSA normalization was observed. However, 6 months later, he complained for recurrent moments of sadness, loss of interest in daily activities, insomnia, concentration problems and worsening urinary incontinence (from mild to moderate).

Diagnosis of CRF was established as a diagnosis of exclusion. CRF was assessed according to the Brief Fatigue Inventory (BFI),[17] and a score of 9 (BFI range, 0-10) was found.

Considering both the urinary incontinence and depression symptoms, we prescribed duloxetine at a starting daily dose of 30 mg and then, as per drug schedule, after 2 weeks, the dose was increased to 60 mg. Duloxetine was chosen due to its efﬁcacy against urinary incontinence at a similar dose (dose range, 40-80 mg daily).

After 2 months of treatment at the dose of 60 mg, the BFI score was decreased to 2, urinary incontinence completely resolved, and the patient returned to regular activities. There were no side effects. Duloxetine was continued at the same dose for a further 2 months and then was withdrawn because of alcoholism relapse, a disorder that the patient and his relatives had omitted in medical history. After duloxetine discontinuation, the patient reported a moderate CRF worsening over 6 months. However, 4 months later, he maintained a 5 points-lower BFI score than the initial one. At the same time, he was referred to our alcohol abuse center with a progressive reduction of heavy-drinking days in a 6-month timeline follow-back.

CRF is a major problem in prostate cancer management, according to several studies, the prevalence of CRF regardless of intensity is about 74%.[4] There is no “gold standard” treatment currently recommended, and the commonly given therapies are poorly successful. Only 2 drugs have shown some activity against CRF: methylphenidate and erythropoietin, although their regular use do have caveats.[10]

Our patient, who was not receiving chemotherapy, showed mild anemia, thus not presenting an indication for erythropoietin. Some data show that CRF can disappear spontaneously 6-8 weeks after the end of HT, but our patient was receiving HT, and was to be continued until progression or unacceptable toxicity, so that a medical withdrawal was not indicated. Although the timing and modality of treatment of PSA-only recurrence after radical prostatectomy and radiotherapy remains controversial, our patient had high-risk disease deserving ﬁrst-line treatment.[18]

In CRF pathophysiology, a relevant impairment of neurotransmitter (serotoninergic, noradrenergic and dopaminergic) systems is present. The use of different psychoactive drugs increasing neurotransmitter concentrations shows an effect in CRF treatment. The poor outcome of serotonergic drugs, as paroxetine and sertraline, on fatigue in randomized controlled trials could be due to their selective action on the serotonin reuptake.[13,16,19] Nevertheless, it is worth mentioning that a recent study stressed the role of tryptophan (a serotonin precursor) depletion in developing CRF and found a correlation between the higher degree of fatigue and lower tryptophan concentrations. Thus, a drug that acts on more than one mechanism could be appropriate.[13]Modaﬁnil, a non-amphetamine psychostimulant, reduces CRF intensity.[12] Although the precise mechanism of modaﬁnil action has not been elucidated, it seems to rely on the interaction of adrenergic and dopaminergic transmission in prefrontal cortices.[20] Also, methylphenidate could facilitate excitatory synaptic signaling, mainly through strengthening catecholaminergic synaptic transmission. As a blocker of dopamine and norepinephrine transporters, it increases both extracellular dopamine and norepinephrine.[21,22]

Considering these data, the use of a drug like duloxetine, that has a pleiotropic action on these pathways, has some rationale in the treatment of CRF. Moreover, in our case, further beneﬁt was derived from its activity on urinary incontinence, thus promoting the patient’s sense of well-being and, therefore, ameliorating his quality of life and increasing his compliance with physical therapy (mild exercise, daily walking), which has a therapeutic role in CRF and in social life.

In conclusion, a pilot placebo-controlled trial using duloxetine seems worthwhile since it acts on fatigue, urinary symptoms and depression, all often occurring in a complex and multidimensional disease as prostate cancer CRF. 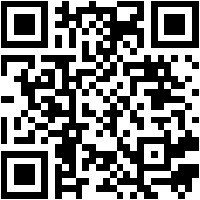