Neuroendocrine tumors of the oral cavity and jaws are exceedingly rare. They include paragangliomas, a melanotic neuroectodermal tumor of infants, small cell carcinomas, and Merckel cell carcinomas. Most have been non-functional in nature. Breast, lung, liver, colon, and prostate are the most common reported primary malignancies which can metastasize to the oral cavity. In most cases, oral metastases involve maxilla and mandible rather than soft tissues. The premolar-molar region is the most common localization. The purpose of this article is to describe a rare case of a high grade neuroendocrine tumor of the mandible which metastasized from the cervix.

Metastatic lesions to the jaws are known to simulate periodontal and pulpal disease and other radiolucent lesions that can occur in the jaws. Breast, lung, liver, colon, and prostate cancers are the most commonly reported primary malignancies which can metastasize to the oral cavity.[1]

Tumors of the neuroendocrine system constitute a heterogeneous group of lesions that vary in origin, location, histological appearance, the degree of differentiation, biologic behavior, functional activity and size but share certain histochemical, immunohistochemical, and ultrastructural characteristics.[2]

The purpose of this article is to describe a rare case of a high-grade neuroendocrine tumor of the mandible which metastasized from the cervix.

A 35-year-old female patient reported with the chief complaint of a swelling in the right lower back region of the jaw for 20 days. Her history revealed a painful tooth in the region which was extracted 1 month earlier, followed by the appearance of swelling few days later. The swelling was initially small in size to start with but gradually progressed to the present size and was associated with loss of sensation on the right side of the lower lip. Medical history revealed that the patient had undergone a hysterectomy for small cell carcinoma of cervix 11 months earlier.

Extra-oral examination revealed a solitary swelling in the right lower third of the face measuring around 2.5 cm × 2 cm in the greatest dimensions, roughly oval in shape with diffuse borders. Right sub-mandibular lymph nodes were palpable, tender, ﬁrm-to-hard inconsistency, and ﬁxed.

Figure 1. Intraoral photograph of the patient showing the tumor mass at the time of presentation

Figure 2. Orthopantomograph showing radiolucent changes in molar region on the right side

Incisional biopsy of the lesion was done and keeping in view the past medical history, a diagnosis of metastatic small cell carcinoma of the mandible was made. Surgery was advised to excise the tumor mass [Figure 3] and a radical right disarticulation hemimandibulectomy along with radical neck dissection on the right side was performed, and reconstruction was done with pectoralis major myocutaneous ﬂap. She recovered well from the procedure and was referred to the radiotherapy center for further management. Later, the patient denied a secondary procedure for reconstructive purposes. 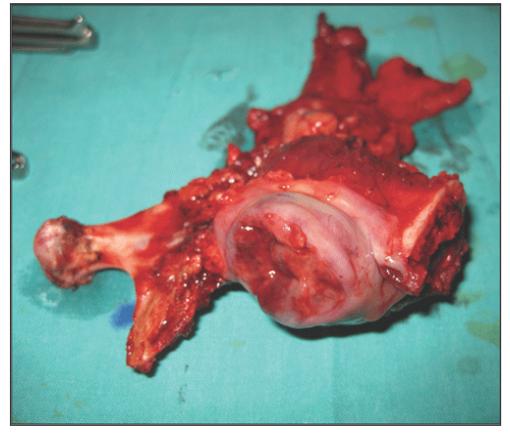 The pathological specimen was sent for histopathological examination and revealed tumor cells arranged in a lobular pattern, rosettes-papillary pattern, solid sheets and clusters. These cells had scant eosinophilic cytoplasms with round, polygonal nuclei with stippled chromatin. There were areas of necrosis. These tumor cells were seen inﬁltrating into the skeletal muscle ﬁbers. Sections from lymph nodes revealed hyperplastic lymphoid follicles and prominent germinal centers. Sinusoids were ﬁlled with histiocytes [Figures 4 and 5]. 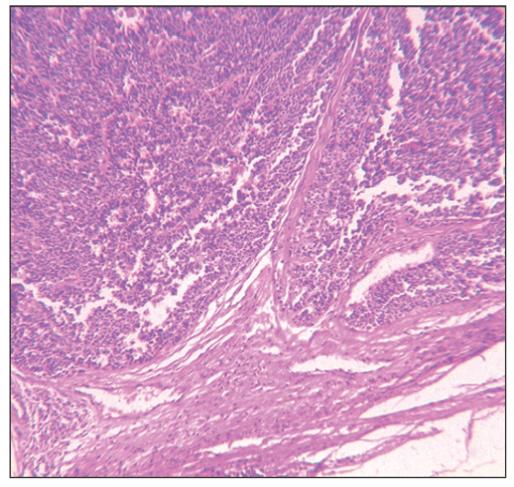 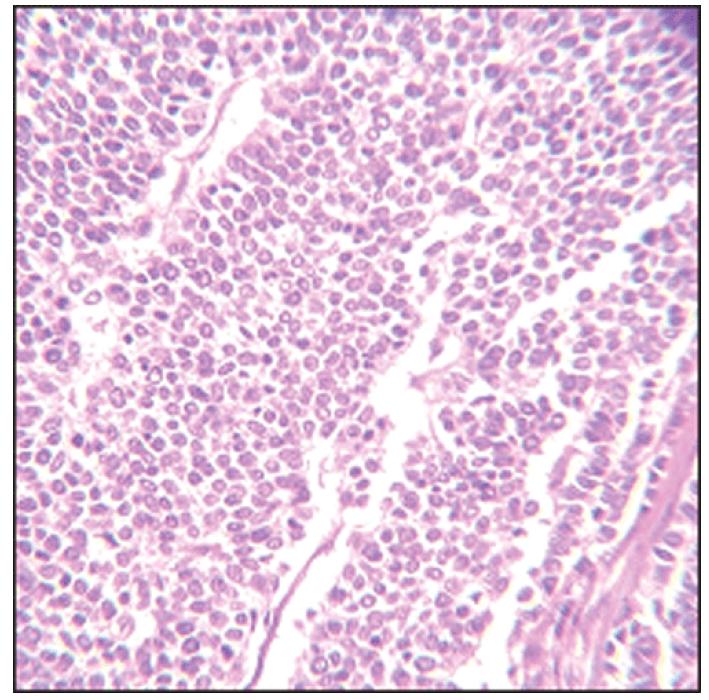 Immunohistochemical studies revealed that the tumor cells were positive for chromogranin, CD56 and synaptophysin, while they were negative for S-100, cytokeratin (CK)-5/6 and p63. Mib-1 labeling index was 50%. These ﬁndings were diagnostic markers of high-grade neuroendocrine carcinoma.

It has been reported that most metastatic oral tumors are found in patients in their ﬁfties, sixties and seventies.[4,5] According to Hirshberg et al.,[4] metastases to the jawbones have a slight female predilection while metastases to the oral mucosa have a male:female ratio of 1.6:1.

Features that might assist in the assessment of malignancy include the site of origin, depth of invasion, degree of differentiation, functional activity and size of the tumor.[2] The most common symptoms reported in literature are painful swelling, paresthesia, bleeding and increasing tooth mobility along with delayed healing of extraction socket, pathological fracture, masticatory difﬁculties, trismus, dysphagia, and dyspnea.[6] Paresthesia of the lower lip and the chin was found in our patient. As already reported, this should be considered as ominous sign for metastatic lesions to the mandible, as this signiﬁes deep invasion of the tumor into the bone and involvement of the inferior dental or mental nerves.[7] Mental nerve neuropathy or the “numb chin syndrome”, in the absence of other causes, should be considered to be due to mandibular metastases until proven otherwise when seen in a patient with known malignancy.[8]

Being very sensitive immune-markers, neuron-speciﬁc enolase, and CK are most commonly used for deﬁnitive diagnosis. At present, in addition to ultrastructural studies, immunohistochemical techniques are the most sensitive methods available for the diagnosis of neuroendocrine tumors.[9] Treatment modalities for neuroendocrine carcinomas of the oral cavity have included surgery, multidrug chemotherapy, and radiotherapy, alone or in combination. Currently, well-established treatment protocols do not exist. Surgery alone is inadequate because these tumors tend to progress rapidly and at the time of diagnosis, they are reported to have a metastasis rate of roughly 14-50%.[10]

The presentation of a malignant lesion in the orofacial region may be the ﬁrst indication of the existence of an unknown malignancy at a distant primary site. The presence of altered sensation in the area of the lower jaw and lip/chin region in a patient with a known non-head and neck malignancy should alert the clinician to the possibility of metastatic malignant disease. Appropriate investigations should be carried out to rule out other secondary and manage the case satisfactorily. 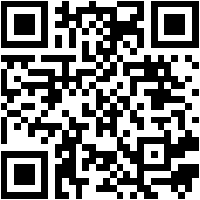