Renal cell carcinoma (RCC) is well known for its metastatic potential and predilection for unusual sites of metastasis. Metastasis to the bladder is rare and has been reported predominantly from clear cell RCC. We report a case of a 72-year-old male presenting with a bladder tumor which on histopathological evaluation was found to be a metastasis from papillary RCC, 7 years after radical nephrectomy. This case highlights the need to maintain a high index of suspicion to diagnose bladder metastasis in a patient with a history of RCC presenting with a bladder lesion.

Renal cell carcinoma (RCC) metastasizing to the bladder is a rare phenomenon. It can be easily mistaken for primary bladder tumor on cystoscopy. Of the few cases reported in literature, bladder metastasis was predominantly from clear cell RCC. Here, we report a case of bladder metastasis from papillary RCC presenting 7 years after radical nephrectomy.

A 72-year-old male, a chronic smoker, presented with irritative lower urinary tract symptoms. He had undergone left radical nephrectomy for RCC (papillary sub-type, stage T3N0M0) 7 years ago. Clinical examination was unremarkable. His baseline investigations, including complete blood counts and serum biochemistry, were within normal limits. Urine analysis showed microscopic hematuria. A transabdominal sonography revealed a 3 cm hyperechoic lesion in the left postero-lateral wall of the bladder. Abdominal contrast-enhanced computed tomography (CECT) conﬁrmed the same lesion [Figure 1]. No extra-vesical spread or pelvic lymph node metastasis was evident. The CECT also conﬁrmed that he was post-left radical nephrectomy; there was no evidence of local tumor recurrence or intra-abdominal metastasis. However, a chest radiograph revealed multiple cannon ball metastases. Cystoscopic examination revealed a solitary, broad-based lesion in the region of the left ureteric oriﬁce [Figure 2]. The rest of the bladder was unremarkable. A cold cup biopsy of the lesion showed a neoplasm arranged predominantly in papillary pattern and focal areas of solid sheets, both composed of tumor cells with moderate eosinophilic cytoplasm and low-grade nuclear features. Immunohistochemistry revealed strong diffuse positivity for cytokeratin 7 (CK7), vimentin and focal positivity for cluster of differentiation 10 (CD10) [Figure 3], suggesting a metastatic bladder tumor from renal papillary adenocarcinoma. 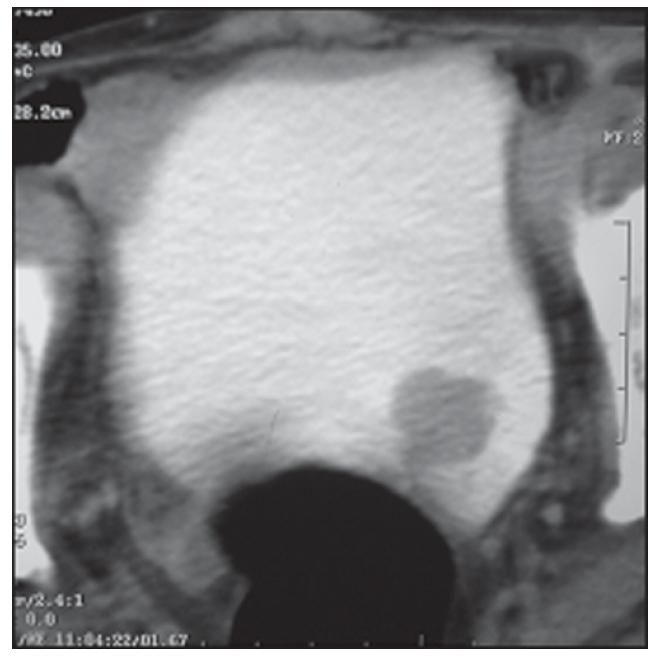 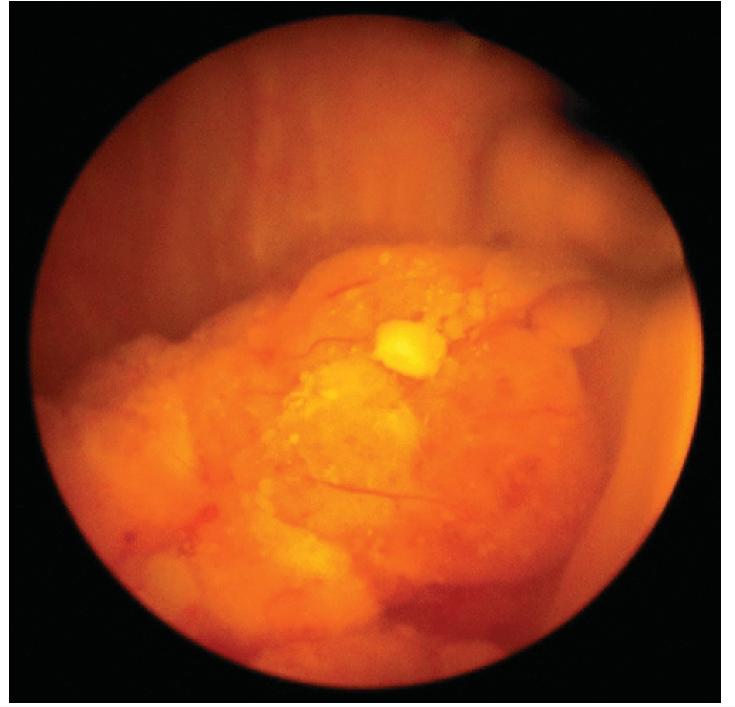 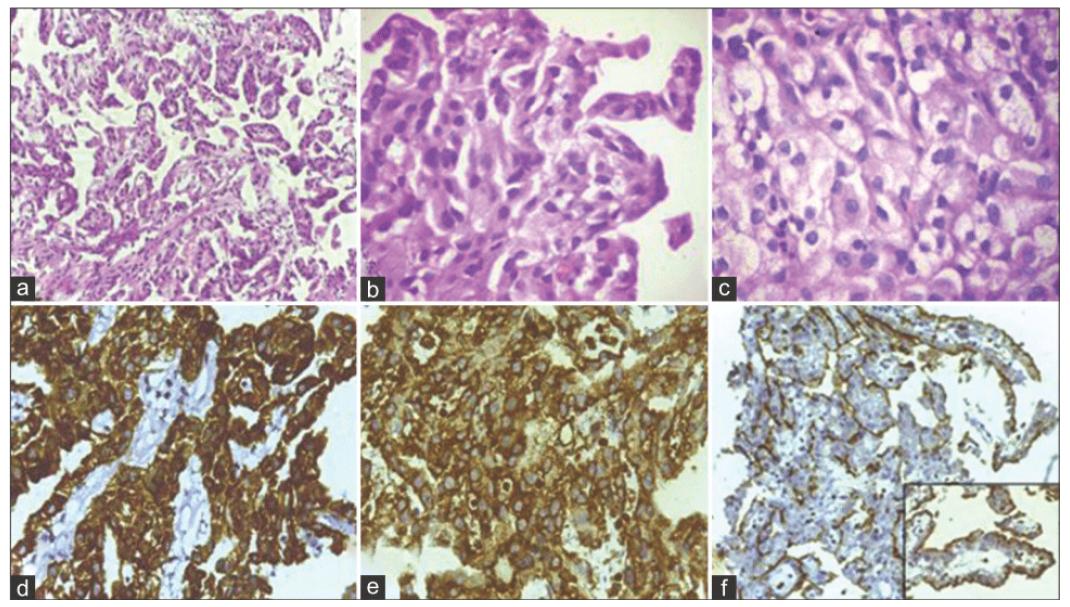 The patient was counseled regarding his disease; he refused active therapy and was referred for palliative care. He died of progressive disease 10 months later.

RCC can be an aggressive disease with the ability to metastasize widely. Besides the common sites of metastasis, i.e. lung, liver, bone and brain, RCC can also metastasize to unusual sites with myriad presentations. Of the RCC sub-types, clear cell RCC is notorious for its unpredictable metastatic pattern; on the other hand, papillary RCC is rarely associated with prodigious metastasis. This has been attributed to its hypovascular nature, owing to the lack of Von Hippel-Lindau mutations that regulate vascular endothelial growth factor, the primary proangiogenic molecule in RCC.[1] The relative rarity of papillary RCC metastatic to the bladder was also demonstrated in a recent series of 11 cases of metastatic RCC to the urinary bladder that were detected over a span of 15 years, with only 18% (2/11) originating from papillary RCC.[2]

The bladder is an unusual site for metastasis of RCC with an incidence of 1.6% in autopsy series.[3] Other metastatic sites of RCC to the genitourinary tract include the ipsilateral ureter, contralateral ureter, ureteric stump and prostatic fossa. Bladder metastasis may be solitary or multiple, the latter having a worse prognosis. Both synchronous and metachronous bladder metastasis from RCC have been described. Metachronous lesions occur more commonly and have been reported to occur up to 12 years after radical nephrectomy.[4] Synchronous lesions are more likely to be associated with the presence of metastasis in other organs.

Although a variety of possible pathways for metastasis of RCC to the bladder have been proposed, the exact mechanism is not clear.[5] Hematogenous spread may occur through the general circulation or retrograde through the periureteric or gonadal veins. In this scenario, the metastasis is usually located within the bladder detrusor layer. Lymphatic spread may occur through the renal hilar lymphatics down the periureteral lymphatics and subsequently through the pelvic lymphatics to the pelvic organs. Transluminal spread with seeding of the distal urothelium may occur, especially in cases where the renal tumor inﬁltrates the pelvicalyceal system. We believe this to be the likely mechanism in our patient, considering that the site of metastasis was in the region of the left ureteric oriﬁce and the lesion was primarily situated within the urothelium.

The most common presenting symptom of bladder metastasis is hematuria. In a patient with synchronous bladder metastasis, hematuria may be wrongly attributed to collecting system inﬁltration of RCC. The bladder metastasis may, thus be overlooked, only to become apparent later, when the patient continues to have hematuria post-nephrectomy. This has led some authors to recommend cystoscopic evaluation in all patients with RCC and hematuria.[4,6]

The deﬁnitive diagnosis of bladder metastasis is made by cystoscopy and biopsy or transurethral resection. The metastasis histologically resembles their renal primary. However, a basic immunohistochemical panel is useful to differentiate metastasis from poorly differentiated bladder tumors. RCC metastasis, like their primaries, show positive staining for CK AE1/AE3, CK7, CD10 and vimentin.[4] Well-differentiated primary papillary urothelial carcinomas are positive for CK7 and usually negative for vimentin. Urothelial carcinomas attain vimentin positivity only on sarcomatoid transformation. In diagnostically challenging cases, discriminatory immunohistochemical markers, such as PAX8 and GATA3 positivity, may be used to differentiate metastatic RCC from primary bladder urothelial carcinoma, in addition to alpha-methylacyl coenzyme A racemase positivity for papillary RCC.[2]

Due to the rare occurrence of bladder metastasis, there are no established recommendations for management. Metastasectomy has been advocated if complete resection of all metastasis can be accomplished.[7] Management options that have been described, include partial cystectomy or transurethral resection, either as a single modality or in combination with immunotherapy or targeted therapy.[8]

Prognosis has been reported to be good only when a single metastasis exists in the bladder.[7,9] To summarise, it must be emphasized that not all papillary tumors of the bladder are primary transitional cell carcinomas. Metastasis from papillary RCC must also be considered in a patient with a history of renal malignancy presenting with hematuria or a bladder mass. As in our case, these metastases may present several years after treatment of the primary malignancy. 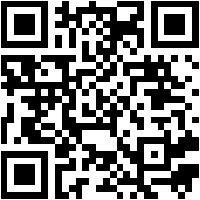