Prostate cancer is the most common type of male malignancy in the world and approximately 10-20% of prostate cancer shows a metastatic disease at initial diagnosis commonly to the bones, vertebrae, ribs, long bones, and skull. However, prostate cancer metastasis to the omentum with malignant ascites is extremely uncommon. In this study, we report such a case, which also highlights a repeatedly negative ascetic fluid cytology even with multiple omental metastatic nodules. The purpose of this case report is to provide awareness to physicians for this rare occurrence.

Prostate cancer is the most common male malignancy in the world with an estimated 1,100,000 new cases and 307,000 cancer-related deaths in 2012.[1] Although most prostate cancer patients have localized disease with a favorable prognosis, advanced prostatic cancer metastasize frequently to the bone and regional lymph nodes, but prostate cancer metastasis to the omentum with malignant ascites is very rare.[2] In this study, we report such a rare case.

A 65-year-old man was initially diagnosed as prostate adenocarcinoma with Gleason score 7 (4 + 3 = 7 out 10) in 2004. The level of prostatic specific antigen (PSA) was 233 ng/mL at cancer diagnosis. He then underwent bilateral orchiectomy and hormonal therapy with 50 mg dose of bicalutamide, but discontinued after 5 months treatment. In 2009, his PSA level raised to 90 ng/mL, but there was no evidence of metastasis detected by either computed tomography (CT) or bone scan. He was again on bicalutamide treatment, but his PSA response lasted for approximately 2 years. In December 2011, bicalutamide treatment was discontinued, and Fosfestrol was started. However, in November 2013, his PSA level was increasing to 27.4 ng/mL and therefore, fosfestrol was discontinued and the patients were treated with ketoconazole and prednisolone.

One month after this regime of treatment, patient presented with 10 days history of abdominal distension and found to have gross ascites. A diagnostic and therapeutic paracentesis was conducted and removed 1,500 mL straw colored fluid. Fluid analysis showed to be exudate and cytology was negative for malignant cells. Ascitic fluid adenodeaminse titer and polymerase chain reaction showed negative for tuberculosis. Ascetic fluid was taken and tested for multiple times, but all were negative. Moreover, esophageal-gastrodudenoscopy and colonoscopy were normal. Contrast-enhanced CT abdomen in March 2014 showed prostatic mass with gross ascites with thickened omentum [Figure 1]. Bone scan shows no evidence of skeletal metastasis. Serum and ascitic PSA were 316 ng/mL and 175 ng/mL, respectively. A ultrasound-guided biopsy of the thickened omentum and histology showed a metastatic adenocarcinoma [Figure 2], which was immunohistochemically positive for cytokeratin (CK) and PSA [Figure 3] and focally positive for CK7, whereas negative for CK2. Patient was then planned for Taxotere-based chemotherapy. 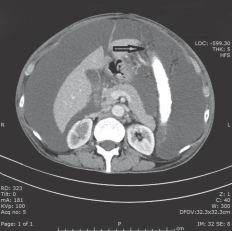 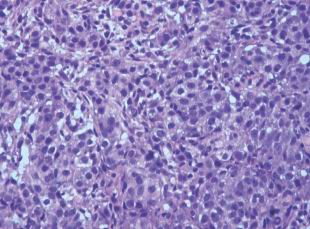 Figure 3. (a) Immunohistochemical staining of tissue biopsy for pan-cytokeratin; (b) prostatic specific antigen

Although prostate cancer can metastasize to nearly any organs in the body, metastasis without osseous involvement is extremely rare. Arnheim showed in 1948 that in 176 postmortem cases, the bone, lymph nodes, and lungs were the most common metastasis of prostate cancer,[2] whereas the uncommon metastasis sites included the adrenal gland, kidney, brain, pancreas, genitalia, and breast. Malignant effusion, whether pleural or peritoneal, was an extremely rare.[2] Moreover, Rapoport and Omenn[3] reviewed the autopsy of 523 prostate cancer cases and found that 13 cases had peritoneal deposits, but with no other metastasis elsewhere in the body, indicating that there were effusions occurring in prostate cancer patients without any involvements of the more common metastatic sites. Thus, if other benign (like tuberculosis in India) and malignant (especially gastrointestinal)[4] etiologies should be excluded, these patients could reasonably be thought to be due to prostate cancer-induced ascites. Until date, there have been only 16 published cases of malignant ascites in prostate cancer[5] and most cases presenting with malignant ascites were associated with other metastatic sites, including the bone, lymph nodes, omentum, rectal wall, liver, adrenal, and pleural effusions.[6]

The mechanism of malignant ascites may include peritoneal seedlings or lymphatic obstruction. Tumor cells in an effusion may have exfoliated from the primary lesion as evidenced by the positive cytology after repeated cytological examinations of ascetic fluid. However, negative cytology could be very difficult to make a differential diagnosis between benign and malignant ascites, such as the current case. The immunohistochemical staining can provide a valuable adjunction. For example, immunostaining of prostatic acid phosphatase and/or prostate specific antigen could be useful in the diagnosis of prostate cancer with a malignant effusion.[7] Usually, malignant effusions in prostate cancer patients are associated with very poorer prognosis.[8]

Quantities of Citations Each Year

* All the data come from Crossref 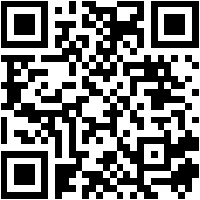