Unusual site metastasis as a presenting complaint of renal cell carcinoma (RCC) has been reported previously in the literature. RCC is a tumor with notoriously unpredictable behavior. The authors report an unusual case of metachronous bilateral testicular metastasis in a patient who operated for RCC. The case highlights the unique behavior of RCC with an unusual site of metastasis. A 72-year-old patient presented with bilateral scrotal swelling of 1-month duration. There was a history of left radical nephrectomy for RCC 4 years prior. He underwent a bilateral high inguinal orchidectomy and diagnosis of chromophobe RCC was made on histopathological examination.

Renal cell carcinoma (RCC) is a relatively rare adult solid tumor accounting for 3.0% of malignancies worldwide. It is an unpredictable entity due to its atypical metastatic profile at presentation. Thirty percent of these tumors may be accompanied by synchronous metastatic disease at diagnosis.[1] The organs most affected by metastatic spread are: lung, bone, liver, brain, and lymph nodes.[2]

However, other structures can also be affected by RCC metastases: eyes, mouth, neck and thyroid, heart, breast, rectum abdominal muscle, intra-scrotal structures, and vagina.[3] Although metastatic foci are present in about 30.0% of RCCs at the time of primary diagnosis (synchronous), metastatic disease can develop as part of the latency of the tumor, with delayed development of metastases, especially if the tumor is well-differentiated.

A 72-year-old smoker presented to surgical outpatient department (OPD) with a complaint of a progressively increasing bilateral scrotal swelling of 1-month duration. There was a history of left radical nephrectomy for RCC 4 years prior. His general physical examination was unremarkable. Local examination showed bilateral hard testicular masses, 12 cm × 5 cm on the right side and 10 cm × 6 cm on the left side, extending to epididymis, with absent testicular sensation. Examination of the abdomen did not reveal any abnormality. Blood samples for serum lactate dehydrogenase, β human chorionic gonadotropin, and serum alpha fetal protein were sent, which were found to be within normal limits. Metastatic workup was done: contrast-enhanced computed tomography of whole abdomen and pelvis was within normal limits. Ultrasound of testis showed bilateral homogenous enlargement of testis size 10 cm × 5 cm × 3 cm on right side and 10 cm × 5 cm × 3 cm on left side extending to epididymis, with focal areas of necrosis suggestive of testicular malignancy. After all routine hematological and biochemical investigations, he was consented and undertook a bilateral high inguinal orchidectomy. Post-operative period was uneventful.

Immunohistochemistry was done epithelial membrane antigen positive and cytokeratin pan, S100, CD10 were negative. A diagnosis of chromophobe variety of RCC was made.

Patient was followed up every 3 months in surgical OPD. Clinical examination routine hematological investigations and abdominal ultrasound were undertaken at each visit. He was asymptomatic till 2 years post-operatively but is now lost to follow-up.

An unpredictable clinical behavior is often characteristic of RCC. The occurrence of metastatic localizations in unusual sites is widely described. The interval between primary diagnosis and the occurrence of distant metastasis can vary from synchronous to very long.[4] RCC metastasizing to testes is rare. Amongst the urinary tract malignancies, prostate is the most common primary site for testicular secondaries constituting 35% of all testicular malignancies.[5] The left testis is more involved than right, and it is believed that metastasis from RCC to left testis occurs via left testicular vein.[6] The pathogenesis of right testicular involvement is less clear and is probably of hematogenous nature by involvement of inferior vena cava by invasion.[7] Tran et al.[8] published a rare case of metastasis of RCC to ipsilateral spermatic cord in 2013. 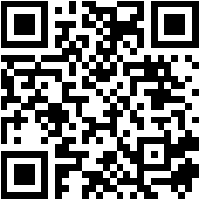