Cancer is a major burden of disease worldwide not only in developed countries, but also in developing countries.[1] Jemal et al.[2] have reported that about 12.7 million cancer cases and 7.6 million cancer deaths are estimated to have occurred in 2008 worldwide, in which 56% of the cases and 64% of the deaths were in the economically developing world. Moreover, the WHO has published that deaths from cancer worldwide are projected to continue to rise to over 12 million in 2030.[3]

Whether we have a history of cancer in our family or are currently battling the disease, lifestyle factors, including our diet, can make a huge difference in helping fight off cancer. Ongoing research supports the hypothesis that some foods actually increase our risk of cancer, while others may reduce cancer risk by a variety of mechanisms. These include a number of traditional spices that contain compounds with chemopreventive properties. Some common Indian spices with cancer-fighting properties are turmeric (Curcuma amada), black pepper (Piper nigrum), cardamom (Amomum aromaticum), cinnamon (Cinnamomum zeylanicum), clove (Syzygium aromaticum), garlic (Allium sativum), ginger (Zingiber officinale), cumin (Cuminum cyminum), saffron (Crocus sativus), coriander (Coriandrum sativum), dill (Anethum graveolens), basil (Ocimum basilicum), caraway (Carum carvi).[4] Active constituents are listed in [Table 1].[5]

To date, hundreds of compounds have been identified as potential cancer modifiers, several of which are active ingredients in above mentioned spices such as curcumin in turmeric, piperine in black pepper.[6,7] Despite a rapidly growing body of experimental evidence supporting the cancer preventive properties of spices, minimal data exist regarding actual dietary intake levels of spices and the pharmacokinetics of active components. Today, spices are increasingly appreciated not only for their culinary properties but also for their potential health benefits. For some spices, health attributes associated with spice use may arise from their antioxidant properties. In other cases, the biological effects of spices may arise from their ability to modulate a number of cellular processes, including those involved with drug metabolism, cell division, apoptosis, differentiation, and immunocompetence.[6]

Spices can potentially inhibit the bioactivation of carcinogens, decrease free radical formation, suppress cell division and promote apoptosis in cancerous cells, regulate inflammation, and suppress microbial growth. The low toxicity may make them particularly useful as a subtle personal dietary change that may decrease the risk for several diseases. The addition of about 1 g/day of herbs to one’s diet can significantly provide to total antioxidant intake (> 1 mmol).[8] Because several spices are effective antioxidants, they may be particularly important in decreasing oxidative damage due to environmental stress, including excess calorie intake.[9] Spices can be added directly to foods, as has been done historically, or used as dietary supplements.

To conclude, the potential chemopreventive properties of common spices deserve further, rigorous investigation in preclinical and clinical studies. There is considerable ongoing research on the pharmacological properties of individual compounds extracted from spices or herbal supplements (e.g. curcumin, resveratrol). However, basic and preclinical research on these compounds has been hampered by poor bioavailability and pleiotropic mechanisms of action that are difficult to study in traditional “one compound-one molecular target” experiments. It should be pointed out that natural products like spices contain complex mixtures of compounds that can affect each other’s pharmacokinetics, solubility and potentially, pharmacodynamics. Future studies should take the complexity of natural products into account and use “systems biology” approaches to dissect their pleiotropic pharmacological properties. 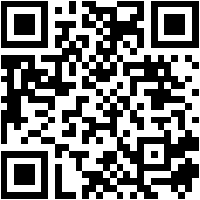