Expression of PANDA, LincRNA-p21, PUMA in lung tissues of lung cancer patients in the Xuanwei and non-Xuanwei areas of Yunnan Province

Xuanwei is located in the northeast of Yunnan, China. In the east it is bordered by Panxian County of Guizhou, in the south by Zhanyi and Fuyuan Counties. Xuanwei has a population of 1,518,500. It has an estimated 801,100 males and 717,400 females. The primary source of income in Xuanwei is from agriculture, coal mining, and coal-related industries.

Xuanwei is an area with high deposits of coal and also has high incidence of lung cancer as well as high mortality rate from lung cancer. From 2004 to 2005, the mortality rate of lung cancer in Xuanwei was 91.30/105, 2.26 times higher than that of Yunnan Province and 2.96 times higher than that of all of China.[1] Current research suggests that the high incidence of lung cancer in Xuanwei is related to air pollution caused by bituminouscoal, with environmental factors perhaps accounting for 70% and 30% depending on susceptibility factors.[2]

Development of lung cancer is a complex biological, multistep process, which not only activates oncogenes and inactivates the tumor suppressor genes, but also has a close relation with imbalance of apoptosis.[3]PANDA (DNA damage activates p21 related non-coding RNA), LincRNA-p21 (Cyclin-dependent kinase inhibitor 1a, CDKN1A/p21), and PUMA (p53 upregulated modulator of apoptosis) play an important role in p53-dependent mitochondrial apoptotic pathway when DNA is damaged. When DNA damage occurs, it activates expression of p53 and LincRNA-p21. In one aspect, the combination of p53 and LincRNA-p21 activates expression of PUMA, which then interacts with antiapoptotic members of the family tore lease Bax and Bak. Baxis embedded in the outer membrane of mitochondria, leading to increased mitochondrial outer membrane permeability. The release of cytochrome C apoptotic factors activates the caspase cascade, eventually leading to cell death.[4] On the other hand, the combination of p53 and LincRNA-p21 activates expression of PANDA which in combination with Nuclear transcription factor Y subunit alpha (NF-YA) prevent apoptosis-related gene expression, thus inhibiting apoptosis.[5]

Our initial research found that smoke and ash of bituminous coal in Xuanwei contained large numbers of polyaromatic hydrocarbons and nano-sized quartz particles, which were also found in lung tissues of people with lung cancer in Xuanwei, which can lead to DNA damage as outlined earlier. We also found mutations and polymorphisms of mitochondrial DNA and miRNA in tissues of lung cancer patients from Xuanwei. By employing real-time quantitative fluorescence PCR techniques, expressions of PANDA, LincRNA-p21, and PUMA were examined in lung cancer tissues of patients from Xuanwei and non-Xuanwei areas. We also sought to investigate the relationship between PANDA, LincRNA-p21, PUMA and lung cancer risk in the Xuanwei area.

Forty-five patients from Xuanwei and 42 from non-Xuanwei regions were recruited for surgery in the Department of Thoracic Surgery, the Third Affiliated Hospital of Kunming Medical University (Cancer Hospital of Yunnan) from March 2014 to December 2014. Details of the patients were obtained, including age, sex, personal habits, living condition, use of coal for household purposes, dietary habits, occupation, and economic conditions of the family. Chest X-ray, ultrasonography, CT scan, fiber optic bronchoscopy, and sputum cytology were done before surgery. All patients were chemotherapy-and radiotherapy-naive [Table 1].

Signed informed consents were obtained from all patients. Lung cancer tissues and normal lung tissues (5 cm away from tumor margins) was resected and preserved in RNA, later (Ambion, United States) in in vitro solution at a temperature of 4 ºC for 8 h and then at -80 ºC for medium or long term preservation. Clinical and pathological data were collected post operatively and the patients had regular follow-ups.

The basic situation of cases

Comparison between the two groups

*Smoking index: the number of cigarettes smoked per day × number of years of smoking, high-risk groups > 400

Expressions of LincRNA-p21, PANDA, and PUMA in Xuanwei and non-Xuanwei patients

Expression of LincRNA-p21, PANDA, PUMA in males and females

Expression of the 3 genes in lung tissues of both males and females showed no statistical difference (P > 0.05)

Expression of LincRNA-p21, PANDA, PUMA in Xuanwei and non-Xuanwei patients

Expression of LincRNA-p21, PANDA, and PUMA in squamous cell carcinoma and adenocarcinoma

There was no significant difference in the expression of three genes in squamous cell carcinoma and adenocarcinoma (P > 0.05) [Table 5].

Expression of PANDA, LincRNA-p21, and PUMA in squamous cell carcinoma and adenocarcinoma

Expression of LincRNA-p21, PANDA, PUMA in smokers and non-smokers

The expression of LincRNA-p21, PANDA, PUMA in smokers and non-smokers was showed in Table 6.

Expression of LincRNA-p21, PANDA, PUMA in smokers and non-smokers

Analysis of correlation in expression of LincRNA-p21, PANDA and PUMA in tissues of lung cancer patients from Xuanwei and non-Xuanwei areas

Expression of PANDA, LincRNA-p21, and PUMA in lung cancer patients from Xuanwei

Expression of PANDA, LincRNA-p21, and PUMA in lung cancer patients from non-Xuanwei areas

Indoor burning of bituminouscoal, leading to indoor air pollution, is considered to be the main reason for the high incidence of lung cancer in Xuanwei. Polyaromatic hydrocarbons (PAHs), nano silica particles and other substances in bituminouscoal dust and smoke are thought to be the causes of lung cancer.[6,7] In 1970, the Chinese government implemented a policy at all levels to improve coal burning stoves which could lead to improvement of indoor air quality. Despite these efforts, lung cancer incidence is still high and with an increasing trend.

The development of lung cancer is a complex biological process which is multistep and multifactorial. It not only includes the activation and inactivation of oncogenes and tumor suppressor gene respectively, but also has close relationship with apoptosis. There are two pathways of apoptosis of which one is the activation of the apoptotic caspase through extracellular signaling while the other is release of cytochrome C and activation of apoptotic enzyme through mitochondrial caspase.[8,9] It is well known that repeated DNA damage can be carcinogenic, and tumor suppressor p53 increases as a response to DNA damage. Burning of coal produces numerous harmful pollutants and carcinogens which causes damage to DNA. At the molecular level, DNA damage is sensed by human protein kinase ATM (ataxia-telangiectasia, mutated), leading to phosphorylation and activation of ATM. Downstream phosphorylation and activation of TP53, together with RUNX3, activate transcription of downstream mediators as a response to injury to DNA.[10]

In our previous study with 25 patients of lung cancer (adenocarcinoma and squamous cell cancer) from Xuanwei, we found differences in 33 genes, of which LincRNA-p21 was one of them. As a result, we chose to study LincRNA-p21. In this study, we focused on three selected mediators of TP53 response: PUMA, LincRNA-p21 and PANDA. PUMA is a member of the BCL2 family and is an important mediator of apoptosis. Research has found that PUMA is more important than NOXA in DNA damage that induces activation of the p53-mediated mitochondrial apoptotic pathway. PUMA is located downstream of the p53 gene and has a powerful effect in promoting apoptosis and inhibition of cell growth. Low expression of PUMA exists in some tumor tissues and it is associated with the occurrence and development of tumor. Thus, increasing of PUMA can inhibit tumor growth.[11] Long non-coding RNA p21 interacts with hnRNP-K to activate p21 to enforce cell cycle arrest at the G1/S phase. LincRNA-p21 is an important member of the cell cycle and its expression is directly induced by p53. The result of flow cytometry and apoptosis-related enzyme activity assay confirmed LincRNA-p21 induced apoptosis in the p53 dependent pathway, and related to the formation of tumor. PANDA is a noncoding RNA that inhibits expression of apoptotic genes by sequestering NF-YA.

When DNA damage occurs, it activates expression of p53 and LincRNA-p21. In one aspect, the combination of p53 and LincRNA-p21 activates expression of PUMA. PUMA interact with members of the antiapoptotic family, and release Bax and Bak. Baxis embedded in the outer membrane of mitochondria, leading to increased permeability of the outer mitochondrial membrane. Release of cytochrome C apoptotic factors activates the caspase cascade, eventually leading to cell death.

This study found that expression of PANDA, LincRNA-p21 and PUMA showed no significant difference in lung tissue of male and female (P > 0.05). Expression in squamous cell carcinoma and adenocarcinoma also showed no significant difference (P > 0.05), indicating that there is no gender difference or tissue specificity. Expression of LincRNA-p21 and PUMA in cancer tissues is not related but in the normal tissue it is positively correlated, perhaps due to existence of regulatory changes and disorder in cancer tissues.

In this study, we found that expression of LincRNA-p21 was higher in patients from non-Xuanwei regions with smoking index > 400 than in patients with smoking index < 400 and non-smokers, while in patients from Xuanwei, there was no significant difference among the three groups (P > 0.05). The probable reason might be that smoking is not the main reason for lung cancer in Xuanwei. The incidence of lung cancer is higher in women from Xuanwei, even though the majority of women were non-smokers. In an experiment, we exposed cells to the byproduct obtained from combustion of bituminous coal, the result of which was secretion of mediators of inflammation, damage to the cell membrane, damage to mitochondria, and mutation in nuclear DNA and mt-DNA.

Expression of LincRNA-p21 in lung cancer patients from Xuanwei was higher than non-Xuanwei patients (P < 0.05). We observed that alveolar epithelial cells and bronchial epithelial cells were severely damaged in patients from Xuanwei due to serious air pollution caused by burning of coal. There was also damage to DNA from pollutants released as a result of combustion of coal. Our initial research in Xuanwei found that ash and smoke of bituminous coal contained large numbers of polyaromatic hydrocarbons and nano-sized quartz particles,[12-14] which were also found in lung tissues of lung cancer patients from Xuanwei. Polyaromatic hydrocarbons and nano-sized quartz particles can lead to damage of nuclear DNA and mitochondrial DNA.[15,16]

We have successfully cultured a type of Xuanwei lung adenocarcinoma cell line (XW-05). We are now carrying out gene transfection and silencing experiments on XW-05 cells, human adenocarcinoma cells (A549), and human bronchial epithelial cells (BS2B) to observe whether XW-05 cells have specificity.

Part of this project was under the U.S. National Cancer Institute to study environmental exposure, dose-effect relationship, and epidemiology of lung cancer in Xuanwei. We are responsible for the questionnaire, collection of clinical data, specimen collection, treatment, follow-up, and prognosis. Genomic sequencing is carried out by Beijing Gene Square for National Cancer Institute. Currently, Beijing Gene Square is sequencing specimens of 421 cases, the findings of which should be reported soon.

Yunnan Provincial Department of Science and Technology. Project: Use EBUS-TBNA to detect the expression of MALAT1, MYC, PVT1 genes in lymph node of NSCLC patient (No. 2016NS108); Project: Study on the mechanism of regulation of miRNAs and its target genes in Gejiu and Xuanwei NSCLC patients (No. 2014NS002). 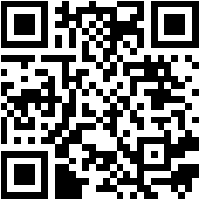