Metastases from head and neck cancers is rare occurrence. The common form of failure/recurrence in these cancers are local site recurrence or nodal metastases. Distant metastases are very rare and are most commonly seen in the lung, brain, liver and bones, and the latent period between the development of the primary and the distant metastases is usually long. There are very few cases reported of chest wall metastases from squamous cell carcinoma of head and neck. This article reports such a case of squamous cell carcinoma of buccal mucosa metastasizing to the chest wall four months after primary therapy. The metastasis was treated with local palliative radiotherapy to the chest wall. This case is special as the present knowledge on this type of presentation is limited in the medical literature.

A 20-year-old gentleman presented with an ulcer on the right cheek. The lesion was of 2-3 months duration. There was associated swelling on the right side of the neck region. He gave a history of tobacco chewing in the form of gutkha (a mixture of tobacco, betel nut, and lime) since last 7-8 years. A punch biopsy from the ulcer and subsequent histopathological examination of the biopsy sample confirmed the diagnosis of squamous cell carcinoma of buccal mucosa. The patient underwent wide local excision surgery of the primary lesion with right sided modified radical neck dissection in May 2016. Surgical pathology report was suggestive of a pathological staging pT1N2bM0 with lymphovascular invasion and perinodal extension. The patient was advised adjuvant post-operative radiotherapy with concurrent chemotherapy (cisplatin weekly at 40 mg/m2). He received 60 Gy by external beam radiotherapy in 30 fractions by conventional two-dimensional planning on a 6 MV linear accelerator with five cycles of concurrent cisplatin. Adjuvant therapy was concluded in August 2016. The patient was kept on follow-up, during which he was free of any symptoms and signs of the disease. After a disease-free survival of 4 months, he presented with swelling and redness over the right side of the chest wall in December 2016. On examination, the swelling was an indurated, erythematous, tender, hard, fixed mass of 7 cm × 7 cm in the right upper chest wall away from the pectoral flap site [Figure 1]. A computed tomography scan of the neck, paranasal sinuses and thorax was suggestive of soft tissue opacity in the right upper chest wall and right axillary region [Figure 2]. There was also a recurrent lesion present involving the superior aspect of the flap in right retro-antral fat space in the oral cavity [Figure 3]. Fine needle aspiration cytology examination from the chest wall mass was suggestive of metastatic squamous cell carcinoma. Biopsy from the oral lesion confirmed recurrent squamous cell carcinoma [Figure 4]. No other lesion was present anywhere else in the body either by clinical examination or radiological investigations. The patient was advised palliative radiotherapy (30 Gy in 10 fractions) in view of unresectable disease and was treated with a conventional anteroposterior field on a telecobalt machine along with aspiration and drainage of the axillary collection. The patient was referred to palliative medicine for supportive care. He was lost to follow-up after January 2017. 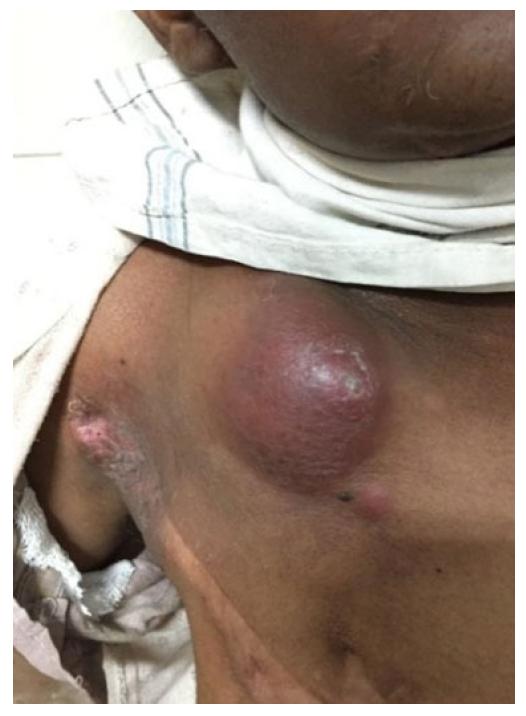 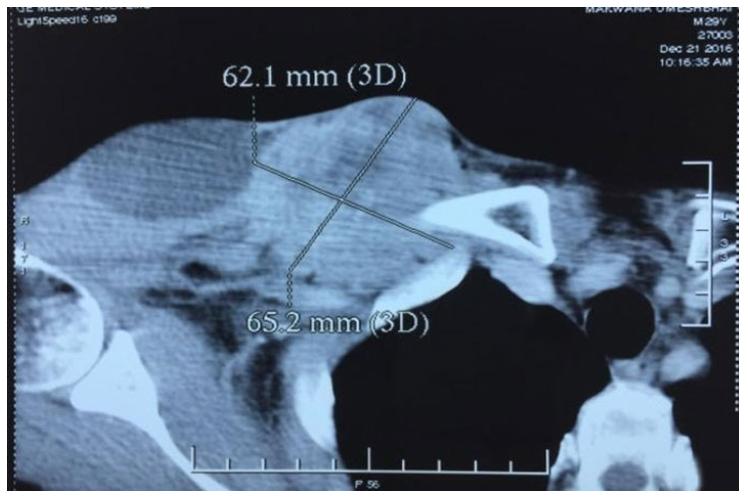 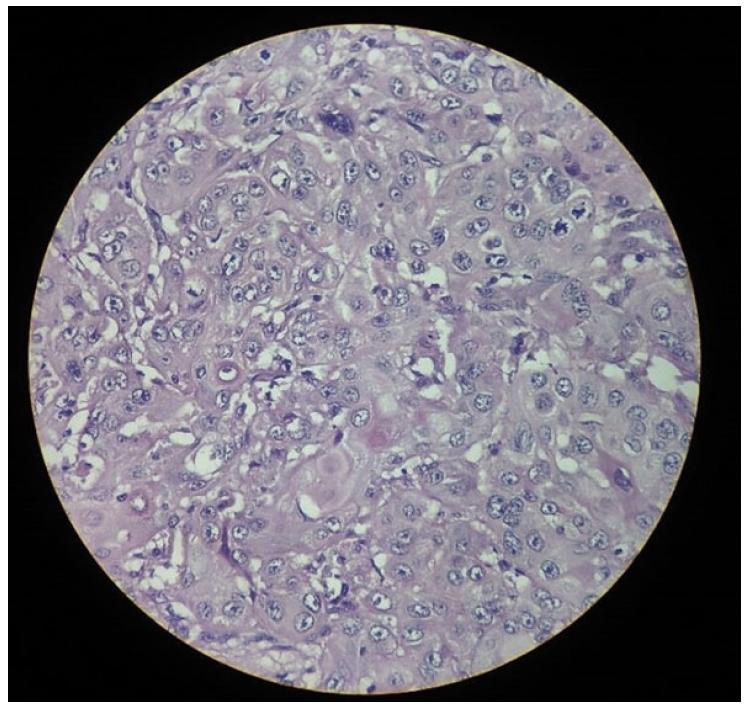 Distant metastases from head and neck cancer are unusual. The commonest site is lungs, bones, and liver and usually, occur after a long latent period.[9] The risk of incidence of distant metastasis depends on the age of patient, site of the primary cancer, loco-regional extension, tumor grade, and loco-regional control by primary treatment.[11] The risk of developing distant metastasis in head and neck cancer increases with the development of regional metastasis and is associated with poor survival.[12] Metastases to chest wall from head and neck cancer are extremely rare, with only a few cases reported in the literature till date. Metastasis to such an unusual sites may be due to the disruption of lymphatic system during surgery which resulted in the lymphatic dissemination of malignant cells to the region below the clavicle.[13] Here recurrence at the pectoralis flap site due to surgical dissemination of primary tumor cell can be safely ruled out as the site of distant metastasis is not continuous with the surgical bed. Hematogenous spread can be another explanation for these rare recurrences.[14] In literature, kidney, diaphragm, heart, brain, adrenal, thyroid, pancreas and peritoneum have been mentioned as rather rare sites of metastasis in head and neck squamous cell carcinoma.[9] The prognosis of these cases remain poor and the intention of therapy is usually palliative with either excision, palliative local radiotherapy or palliative chemotherapy for widespread systemic metastasis.[15] After thorough search of literature, we couldn’t find a case report on buccal mucosa presenting with chest wall metastasis which makes this case extremely rare.

In conclusion, chest wall metastasis from squamous cell carcinoma of buccal mucosa is a rare occurrence with no reported case in published literature. The present knowledge on this topic is very limited and this case report is intended to add to the existing information. This will help in better management of the patients who present with this rare incidence.

The study has been approved. 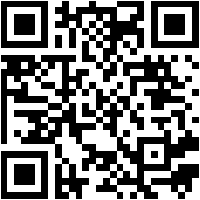