Function-preserving minimized gastrectomy procedures, including partial and segmental gastrectomy, with modified lymphadenectomy are thought to improve postoperative gastric function compared to the standard gastrectomy. However, certain incidences of nodal skip metastasis in the second compartment or unpredicted station remain to be solved in these procedures. The sentinel node (SN) mapping and biopsy could overcome these issues as a novel intraoperative examination for accurate diagnosis of nodal metastasis in early-stage gastric cancer.

The SN is considered as the first lymph node(s) receiving lymphatic drainage from the primary tumor site[6,7], and are regarded to be the first possible node(s) of metastasis from the primary lesion. Theoretically if SNs are pathologically negative for cancer metastasis, unnecessary extended lymphadenectomy can be avoided. SN navigation surgery is defined as a less invasive surgical procedure with modified lymphadenectomy by the diagnosis of SN metastasis. SN navigation surgery can prevent unnecessary lymphadenectomy and the occurrence of associated postoperative complications, and result in improving the patients’ QOL.

SN mapping and biopsy were firstly utilized in breast cancer and melanoma, and subsequently attempted to other solid tumors[7-9]. Several studies involving SN mapping and biopsy for early-stage gastric cancer showed favorable SN detection rates and accuracy to predict nodal metastatic status[10,11]. Based on the studies, we have been developing a novel approach which combines laparoscopic function-preserving gastrectomy with SN mapping.

Combination of radioactive colloids with blue or green dyes as a dual tracer method is currently thought to be the standard procedure for successful SN mapping in early-stage gastric cancer[10,11]. The accumulation of radioactive colloids in SN enables the detection of SN using hand-held gamma probes. In addition, blue dye is useful for real-time visualization of lymphatic flow even in laparoscopic surgery. Technetium99m tin colloids and technetium99m sulfur colloids are mainly utilized as radioactive tracers, and indocyanine green (ICG) is commonly used for dye tracer.

In our institutions, the indication to SN mapping and biopsy is currently limited to the patients with clinical T1 tumors over the ESD criteria, primary tumors of < 4 cm in tumor diameter, with clinical N0 gastric cancer[10,11]. In our institution, 2.0 mL (150 MBq) of technetium99m tin colloid is injected endoscopically a day before surgery into the submucosal layer surrounding the primary lesion. Injection of the tracer into the submucosal layer using an endoscopic puncture needle facilitates more accurate tracer administration than laparoscopic injections from the seromuscular site of the gastric wall. Technetium99m tin colloid which has relatively large particle size (approximately 200 nm in diameter) accumulates in the SNs after the endoscopic injection into the primary tumor site.

Blue or green dyes are also injected in the submucosal layer at primary lesion in a similar manner right after surgery began. Blue- or green-stained lymphatic vessels as well as lymph nodes are visualized during laparoscopic observation within 15 min after the injection. A hand-held gamma detector is also useful to locate the radioactive SN accurately. Moreover, laparoscopic gamma probing is feasible using a gamma detector which is available via trocar ports[10,11].

ICG has excitation and fluorescence wavelengths in the near-infrared range[13]. Many studies have clearly demonstrated the clinical utility of intraoperative ICG infrared imaging for laparoscopic SN mapping using infrared ray electronic endoscopy (IREE) to date[13,14]. IREE is useful to visualize ICG-stained lymphatic vessels and SN more clearly than normal laparoscopy. Subsequently, ICG fluorescence imaging was also developed as a reliable novel technique for SN mapping[15,16]. SN can be clearly visualized using laparoscopic ICG fluorescence imaging in comparison with conventional normal light imaging. Although the efficacy of ICG infrared or fluorescence imaging should be carefully evaluated by further prospective studies regarding SN detection rate and accuracy to predict the nodal metastasis, and compared with radio-guided methods, the new technologies may markedly improve the accuracy of laparoscopic SN mapping and biopsy in early-stage gastric cancer.

Until now, approximately 100 single institutional studies of SN mapping have indicated favorable SN detection rate and accuracy to predict nodal metastasis for early-stage gastric cancer. These results are as good as those of SN mapping for breast cancer and melanoma[11]. A meta-analysis, which consisted of 38 SN mapping studies including 2128 patients with gastric cancer, showed that the SN detection rate and accuracy of nodal status determination were 94% and 92%, respectively[17]. The study also indicated that SN mapping for gastric cancer is reliable especially in patients with T1 tumor, use of dual tracers and submucosal injections of tracers.

A Japanese group previously conducted a prospective multicenter trial (UMIN ID: 000000476) to evaluate the feasibility of SN mapping for gastric cancer using the dual tracer method[10]. In this study, SN mapping and biopsy were performed for 397 patients with cT1N0M0 or cT2N0M0 single tumor with primary lesion diameter of < 4 cm and those without any previous treatment. To estimate the accuracy of the SN mapping, D2 or modified D2 gastrectomy was essentially performed for enrolled patients after SN mapping according to the guidelines for standard care by The Japan Gastric Cancer Association.

As the results of the study, the SN detection rate was 97.5% (387 of 397), and 14.7% of patients (57 of 387) showed lymph node metastasis. Fifty-three (93.0%) of the 57 patients with nodal metastasis showed positive SN for metastasis. False-negative rate was 7% (4 of 57), and the overall accuracy to determine nodal metastatic status based on SN mapping was 99.0% (383 of 387). Of the 53 patients with positive SN, 32 (60.4%) had nodal metastases limited to only SN. Of the 21 SN-positive/non-SN-positive patients, 15 (71.4%) had metastatic non-SN located within SN basins and 6 (28.6%) had metastatic non-SN located outside the SN basins but within the extent of the D2 lymphadenectomy. Of the 4 patients with false-negative SN biopsy, 3 patients had either primary tumors of more than 4-cm diameter or pT2 tumor or both, and only 1 patient who had a primary tumor more than 4-cm had a metastatic non-SN outside the SN basin[10]. The prospective multicenter trial verified that SN mapping for gastric cancer is technically feasible and reliable regarding SN detection rate and overall accuracy. The study would provide perspectives on the future of minimally invasive personalized gastrectomy based on SN mapping for early-stage gastric cancer. 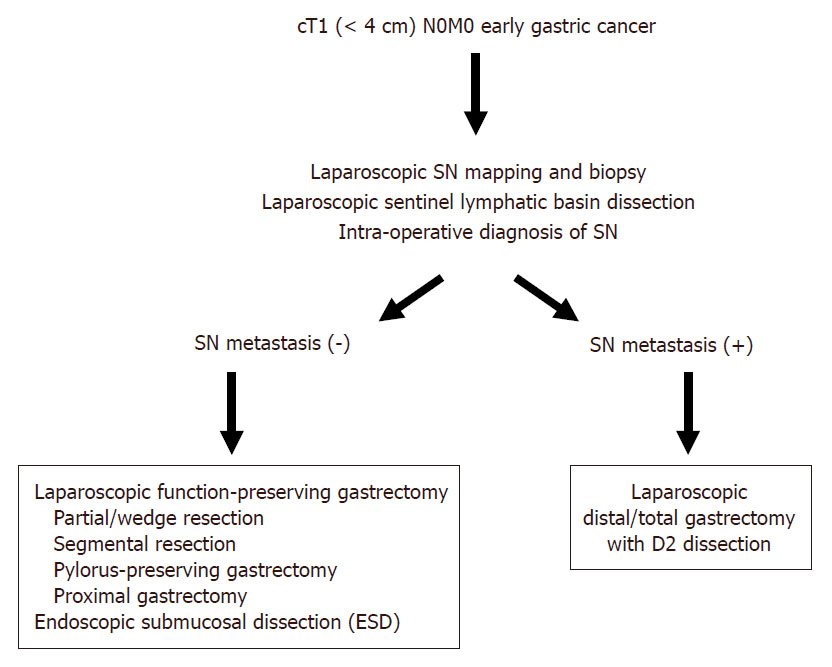 Currently, LDG or LTG is frequently employed in patients with early-stage gastric cancer based on the pathological assessment of primary lesion obtained using ESD in the practice. Until now, whether SN mapping would be feasible or not even after ESD remains unknown. One of the most important concerns is that the lymphatic flow from the primary lesion to the original SN might be altered after ESD. However, a previous study reported that at least the SN basin was not markedly changed by ESD prior to surgery[20,23]. Laparoscopic limited gastrectomy based on SN mapping and biopsy could be feasible even after ESD.

In laparoscopic partial gastrectomy, the demarcation line of the primary tumor cannot be identified accurately because the approach of gastrectomy is usually from the outside of the stomach. Therefore, a wider resection of the stomach cannot be avoided to prevent a positive surgical margin of primary tumor site. Recently, a new technique called nonexposed endoscopic wall-inversion surgery (NEWS) has been developed. The procedure is a full-thickness partial resection of the stomach, which can minimize the extent of gastric resection using endoscopic and laparoscopic surgeries without transluminal access designed to resect early-stage gastric cancer. In our ongoing clinical trial, the cases of NEWS with laparoscopic SN mapping and sentinel basin dissection have been accumulated in cT1N0M0 early-stage gastric cancer [Figure 2][24,25]. 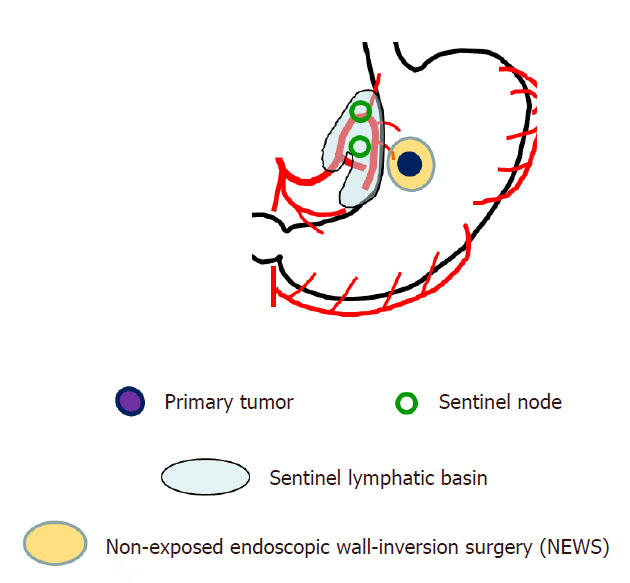 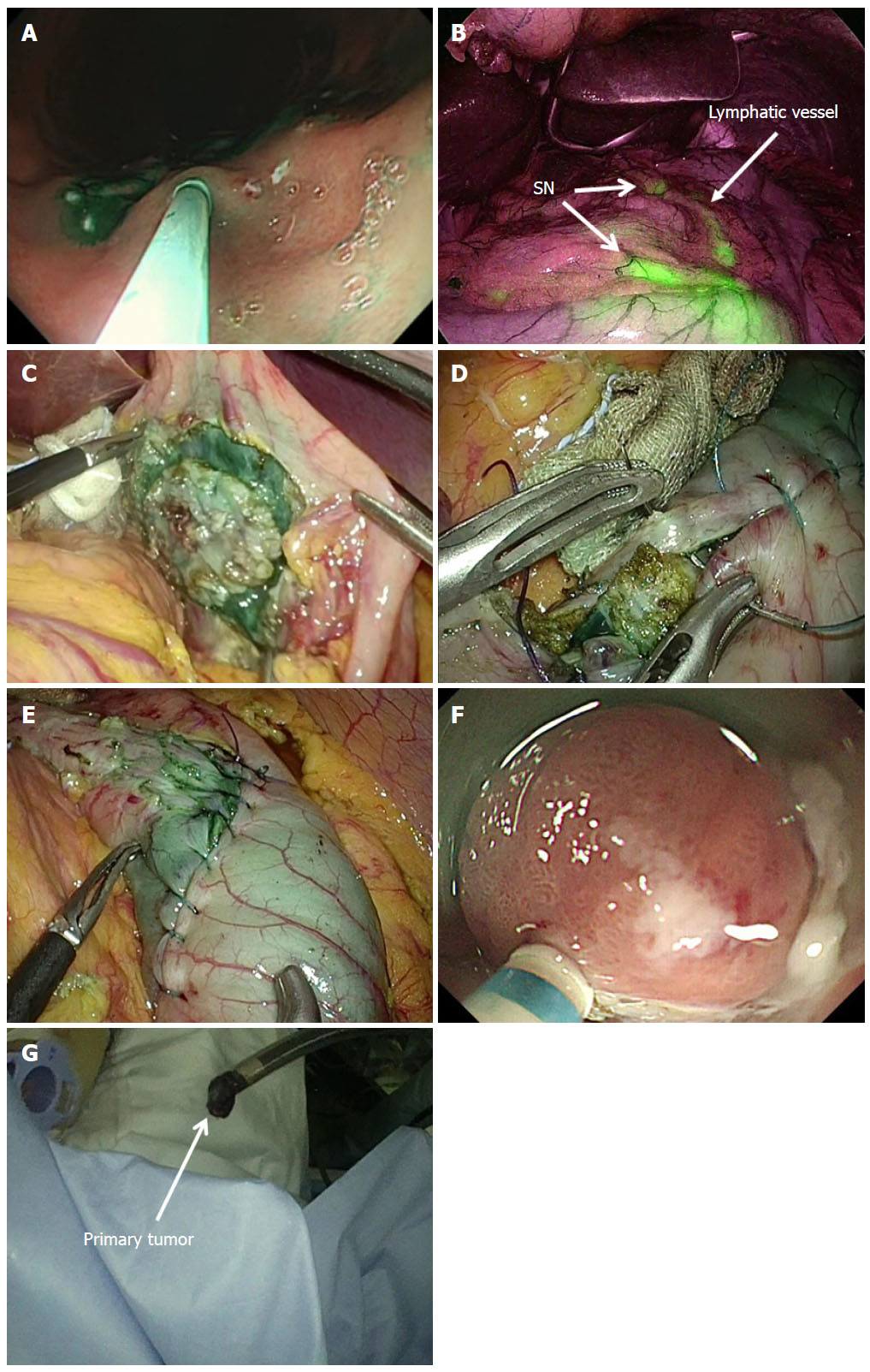 NEWS in combination with laparoscopic SN mapping enables us to minimize the area of gastric resection as full-thickness partial gastrectomy in patients with SN-negative for metastasis[25]. NEWS does not require intentional perforation of the gastric wall during the procedure. Therefore we can apply this technique for treating gastric cancers without the risk of iatrogenic dissemination of tumor cells into the peritoneum and abdominal cavity. The NEWS combined with laparoscopic SN mapping are expected to become a promising minimally invasive, function-preserving gastrectomy to cure cN0 early-stage gastric cancer.

Many single institutional studies and the prospective multicenter trial of SN mapping and biopsy for early-stage gastric cancer have demonstrated acceptable SN detection rates and accuracy to predict nodal metastatic status. However, SN mapping techniques in details such as the choice of dyes, dual or single tracer methods, and the timing of tracer injection need to be standardized for universal application of SN biopsy in clinical practice. In addition, proper indication of laparoscopic function-preserving gastrectomy such as laparoscopic local resection with SN navigation surgery based on the tumor location has not been verified yet. Also, further improvement in SN navigation techniques should be required for more accurate SN mapping. Results of ongoing Japanese and Korean prospective trials would be expected to verify the postoperative patients’ QOL and long-term survival in patients undergoing laparoscopic function-preserving gastrectomy with SN mapping.

For early-stage gastric cancer, good prognosis can currently be guaranteed by conventional standard gastrectomy. However, the personalized, minimally invasive treatments retaining the patients’ QOL have to be developed as a next step. Although further studies are required for careful evaluation, laparoscopic function-preserving gastrectomy, such as full-thickness partial gastrectomy, in combination with laparoscopic SN mapping would become an ideal strategy to reach the goal.

Supervising as a primary investigator of the clinical trials in the manuscript: Kitagawa Y

All authors declare that there are no conflicts of interest. 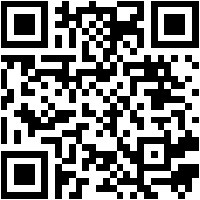