The science of one’s genetic background and its impact on disease susceptibility and drug response has come of age and firmly established its proper place in the clinic. Its impact is felt more in the treatment of cancer than any other disease area several reasons: critical time, narrow therapeutic index and overlapping toxicity window. We realize that the true potential of pharmacogenetics will be realized when we have been able to integrate other variants like insertion-deletion, copy number variation, etc., in addition to single nucleotide polymorphism for their collective influence on drug response and toxicity. Technology has rapidly evolved and has become affordable to be used in the clinic once it gets standardized and validated not only in one population but in several major world population -particularly those which are under-represented in human variant database.

At the announcement of the first draft of the Human Genome Project in 2000, US President Bill Clinton proclaimed, “future generation will know cancer only as a zodiac sign” hoping that deciphering the human genome will lead to the eradication of cancer. This announcement, although ambitious, paved the way to look at the human genome and attribute the regions of genome contributing to the formation of cancer cells and dictating the response to treatment. The human genome changed the rules of the game. This is also reflected in US President Obama’s Precision Medicine Initiative launched in January 2015, “Precision medicine gives clinicians tools to better understand the complex mechanisms underlying a patient’s health, disease, or condition, and to better predict which treatments will be most effective” (https://obamawhitehouse.archives.gov/the-press-office/2015/01/30/fact-sheet-president-obama-s-precision-medicine-initiative).

Earlier a very elaborate mix of population genetics, molecular genetics, and very complex statistical approach was used to identify the gene(s) attributed to the development of cancer[1]. BRCA1 and BRCA2 genes were localized on chromosomes 17 and 13 respectively, through this approach. The technique, known as positional cloning, was very elaborate and yet proved evasive in the case of cancer and many other polygenic diseases that are influenced by the environment as well. Subsequently, in the post-genomic era, a whole genome scan from case-control studies revealed several “probable” genes likely to influence cancer development, metastasis, and the treatment outcome[2,3]. The genes and their variants associated with cancer are found in all the major races and populations of the world, although their frequency occurrence may slightly differ among various populations. Therefore, what really matters is more about one’s own genetic background, than about which race or population one belongs to.

The human genome and its resultant tools and techniques have been tremendously useful in the cancer management. Although the hope expressed by Bill Clinton is beyond the horizon at the moment, we have learned many things about the origin of cancer cells, its spread and metastasis, and treatment. Perhaps the most important lessons of the past two decades are: (1) cancer etiology is very complex and heterogeneous, implying that the formation of cancer in two patients might have different molecular etiology. This is an important consideration as the same treatment may not be equally effective for both the patients; and (2) there is also heterogeneity of patient population implying that two patients, based on their genotypic and phenotypic make-up may respond differently to the identical treatment protocol[4]. The understanding that there is tremendous variability in drug response which is emanating from the individual’s genetic and metabolic variants gave rise to the science of pharmacogenetics.

Soon after the Human Genome Project, we saw a few individual genome analyses followed by massive genome-wide exon scans that collectively have enormously enriched the data of the human genome. As the scale of technologies expanded, the cost came down, and it became desirable as well as affordable to use genetic testing for determining individual’s genetic susceptibility to develop cancer and thereby its prevention, treatment regimen and its prognosis[5]. In 2001, the cost of one genome sequence was about 100 million USD, which has now come down to about 1000 USD. With this price tag, a scan of one’s individual genome has become a reality and may become a necessary tool in the health management[6].

Pharmacogenetics can play an important role in identifying responders and non-responders to medications, avoiding adverse events, and optimizing drug dose. For example, Ciccolini et al.[7] have summarized utility of pharmacokinetic and pharmacogenetics in chemotherapy with gemcitabine. Realizing the importance of genetic biomarkers, US FDA maintains the list of Pharmacogenomic Biomarkers for drug labeling purpose (https://www.fda.gov/downloads/Drugs/ScienceResearch/UCM578588.pdf).Similarly, Genetic Testing Registry from NCBI/NIH has 241 tests listed for cancer of which 64 are pharmacogenetic tests for 18 genetically influenced drug responses (e.g., tamoxifen, irinotecan, thioguanine, fluorouracil) (http://www.ncbi.nlm.nih.gov/gtr/). As of now, there are dozens of companies which will test one’s DNA for the susceptibility to a variety of cancers for about 200 USD. Their panel of genes may have from about 20 to 100 genes associated with a variety of cancers. Such pre-symptomatic testing which has tremendous value in cancer prevention is slowly becoming acceptable and even desirable, especially if one of the family members has been afflicted by cancer. One can debate about the number of gene variants on the commercial tests, the fact is that the list can’t be exhaustive as it evolves with each new study, and the complexity of “system biology” where gene products may exhibit compensatory functions in vivo. I anticipate that for some genotyping tests, we may need it coupled with respective phenotying parameter in the future.

While we welcome the trend, we should be wary of the limitations of such testing: (1) the science of association between a given gene variant and cancer is tenuous and still evolving; (2) the clinical studies indicating gene-cancer association may have been done in a given population and there are strong reasons that the studies need to be validated in other major populations[8]; (3) the human genome data is not really that representative of the world’s population. It has been largely collected from the Caucasian population, and may not have adequate representation from African, Asians including Indian and Chinese populations[6]; (4) the statistical increased or reduced risk assessment may vary from one study to another, and based on it, it is tricky to counsel the general population about the risk; and (5) the population at large may not be prepared to understand the associated risk, and may not be prepared to deal with such predictive risk assessment.

Benefits of pharmacogenetics are two-fold: (1) with a certain probability, we can predict the risk from cancer for a given individual. This type of pre-symptomatic diagnosis can to a great extent prevent cancer mortality by adopting frequent screening for the suspected cancer risk and catching it at the very early stage. BRCA1 and BRCA2 are excellent examples where women with positive cancer biomarker can be vigilant and catch cancer before it had a chance to spread; and (2) in many cases, pharmacogenetic tests can help the oncologist to a better treatment regimen with minimum toxicity. Both of these benefits have become part of the cancer management. In American Society of Clinical Oncology (ASCO) post of May 2016, Dr. Stephen T. Sonis has summarized the role pharmacogenetics can play in cancer patient care (https://am.asco.org/daily-news/personalizing-supportive-care-pharmacogenomics-and-risk-prediction).

Pharmacogenetics can help us reduce the toxicity of chemotherapy by selecting the right drug and its dose for a given patient based on his drug response profile[9,10]. Good examples of such an approach are Herceptin and Xeloda, where predicted non-responders are spared from the respective treatment and the undue toxicity is minimized. I am reminded of my conversation about a decade ago with an oncologist who considered the optimum dose is the maximum dose a patient can tolerate, who subsequently agreed that it would be nice if we can know the effective dose and the toxic dose before treatment for each patient. For cancer where the time is very critical, the cost and the toxicity of chemotherapy are high, and where the therapeutic window overlaps with the toxicity window, the pharmacogenetics offers a valuable tool to select an appropriate drug and its dose for a particular patient, and achieve an optimized therapeutic outcome. I take liberty to quote Dr. Howard L. McLeod in October 2016 ASCO post, “The somatic genome can assist oncologists in predicting a patient’s tumor behavior if left untreated (prognosis) or treated (efficacy prediction), and the germ-line genome can influence prognosis as well as help assess the level of drug-related toxicity the patient will likely experience.” He further added, “As our data become richer, we will get to the point where we can predict all severe drug toxicities.”

There are four fundamental limitations in our approach in taking the science of pharmacogenetics to the clinic: (1) the first and the foremost is the over-emphasis on single nucleotide polymorphism (SNP) in considering it synonym with genetic variants. The fact is that there are other forms of variants, like insertion, deletion, copy number variation (CNV) which are abundant in the human genome and may cover a larger part of the genome than that covered by SNP and may have more influence in cancer development and drug response[11,12]. Since these variants are relatively new and technologically not as convenient to type, their impact is undervalued. As the science of pharmacogenetics develops further, it will be hard to ignore them; (2) the second and equally important limitation is that most of our studies have tried to link a given gene or its SNP(s) to a very complex biology of cancer. We have realized, but yet not put to test, that ultimately a disease like cancer may not be associated with a single SNP or a gene. It has to be a complex combination of several genetic loci and their variants which can collectively lead a normal cell to become transformed. Since there are many possible permutations and combinations of variants and genes to be studied for their association with cancer, practically it has remained a daunting task and perhaps awaits better technologies or illuminating algorithm to reveal such consortium of variants responsible for the transformation of a cell to become cancerous; (3) the third limitation is for us to realize that genotype is not everything. The manifestation of a genome continuously changes with age, physiological and environmental conditions. Hence over emphasis on genotype and underplaying phenotype may not help us understand cancer or lead us to its meaningful cure; and (4) since genotyping results are likely to influence medical decisions, it is imperative that the technology of genotyping is standardized and validated. This is of pivotal importance to eliminate lab to lab variation. Similarly standardized format should be used in reporting results. These issues have been rightly pointed out by Morvan et al.[13]. These simple but critical technical improvements will help in making pharmacogenetics an important tool in cancer management.

In conclusion, we have come a long way in our understanding of the role the genetic background of an individual plays in the susceptibility to cancer, in the treatment outcome and prognosis. We have a long way to go to utilize the new knowledge in the integration of our overall understanding of cancer biology and the ways to conquer it. The hope President Bill Clinton expressed, may become reality one day!

The author contributed solely to the article.

The author declared that there are no conflicts of interest. 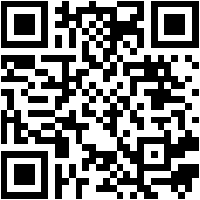