Syndrome of inappropriate antidiuresis in prostate adenocarcinoma with neuroendocrine differentiation: a case report and literature review

This article belongs to the Special Issue Hyponatremia and Cancer
Views:2425 | Downloads:481 | Cited:

Syndrome of inappropriate antidiuresis (SIAD) is a common paraneoplastic syndrome commonly associated with thoracic malignancies, gastrointestinal cancers and kidney tumors. It is defined as hyponatremia in euvolemic patients, often due to abnormal secretion of antidiuretic hormone by tumor cells. Tolvaptan, a vasopressin-2-receptor antagonist, is currently recommended for patients affected by SIAD with mild or moderate symptoms. Among patients with prostatic cancer, SIAD represents a rare condition but it is frequently associated with poorly differentiated adenocarcinoma or pure small-cell carcinoma histotype. We report a case of SIAD appeared at disease progression in a 60-year-old male patient with acinar adenocarcinoma with neuroendocrine differentiation together with a literature review.

Prostate cancer is the most common non-cutaneous cancer in Western men, with estimated 1,600,000 cases annually[1]. The recent World Health Organization (WHO) 2016 classification of neuroendocrine (NE) tumors of prostatic adenocarcinoma (PAC) includes the following four categories: Adenocarcinoma with neuroendocrine differentiation, Well-differentiated NE tumor (carcinoid tumor), Small cell NE carcinoma and Large cell NE carcinoma. Gleason score and grade group are the standard approach to histologic grading of PAC, but not for the NE components, and it is an important independent prognostic factor[2,3]. Clinical presentation and prognosis usually depend on local infiltration and metastatic spread. Paraneoplastic syndromes including syndrome of inappropriate antidiuresis (SIAD) are rare, mostly in poorly differentiated PAC, frequently with NE features[4]. SIAD is commonly associated with small cell lung cancer (SCLC), non-small cell lung cancer (NSCLC), gastrointestinal cancers, kidney cancers and mesothelioma[5]. In the last few years, several international and national guidelines have been published in order to improve clinical managing of this electrolyte disorder[6]. Oral tolvaptan, a vasopressin-2-receptor antagonist, has been approved by FDA and EMA for treatment of euvolemic hyponatremia due to SIAD with mild or moderate symptoms. Vaptans demonstrated to improve serum sodium concentration in patients with SIAD but there are still few data about their possible effect on survival of cancer patients[7].

A 60-year-old male with PAC and abdominal lymph nodes and axial bone metastasis came to our Department. An informed consent to procedures and therapy was obtained from the patient. At first observation, the patient was in good clinical condition (Performance status according to Eastern Cooperative Oncology Group-ECOG-PS = 0) and he did not present significant comorbidities other than well-controlled arterial hypertension. 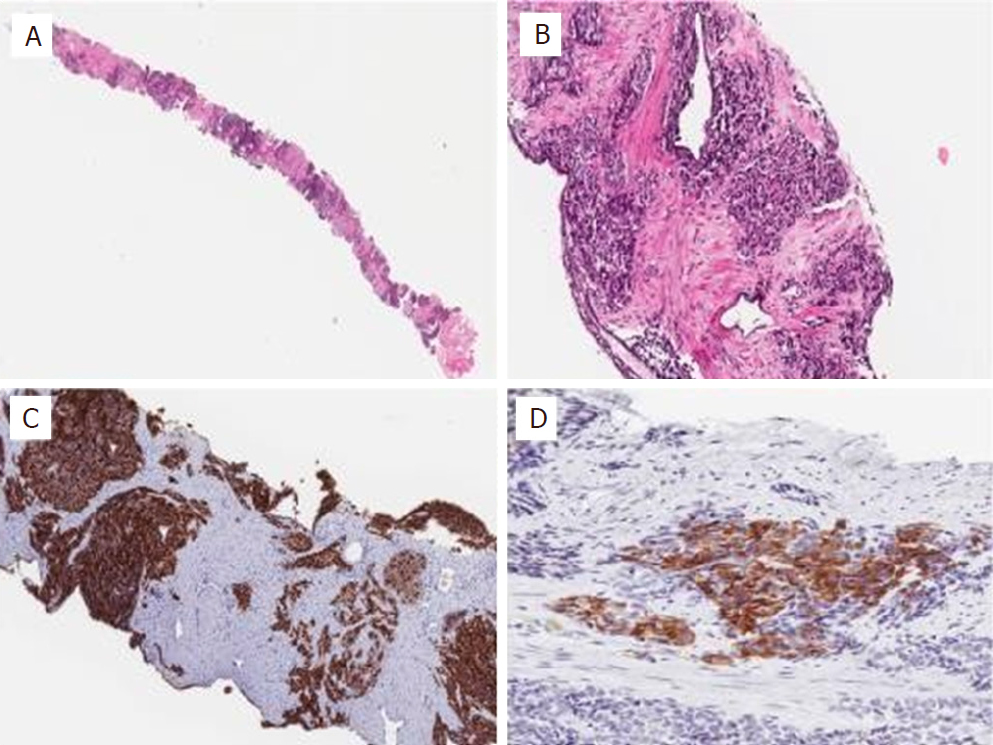 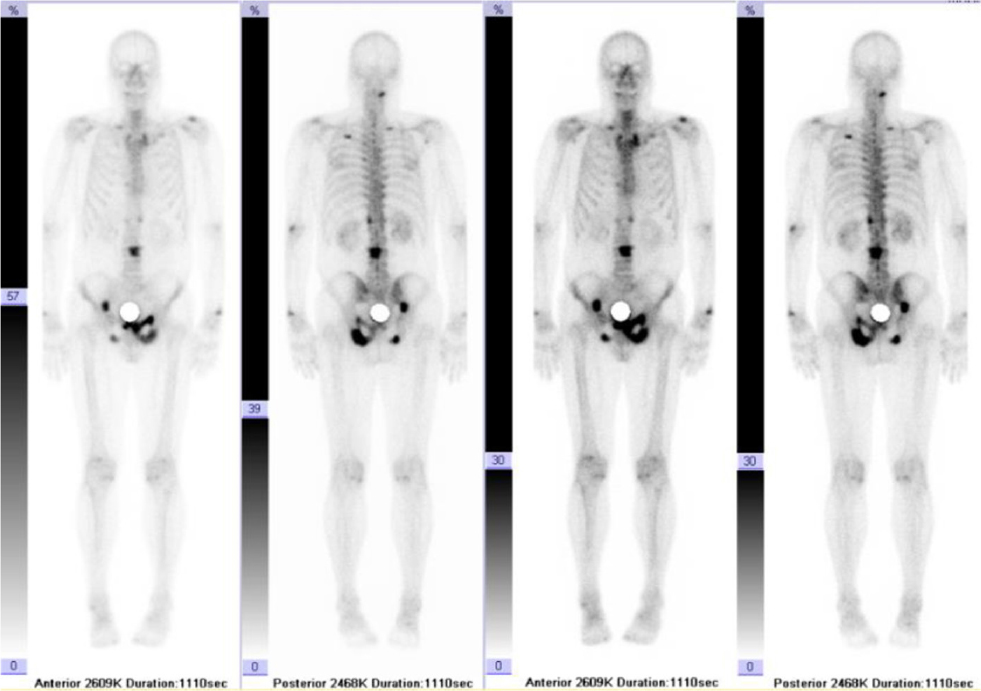 In August 2014 the patient started complete androgen deprivation therapy with oral Bicalutamide 50 mg daily along with intramuscular Leuprorelin 11.25 mg/mL quarterly. Denosumab 120 mg monthly was started to prevent skeletal events. Serum PSA showed initial complete biochemical response (0.3 ng/mL). In November 2014 PSA raised to 10 ng/mL. The patient presented with clinical worsening including increased urinary frequency and dysuria. Considering biochemical and clinical progression, Bicalutamide was stopped and first-line chemotherapy with Docetaxel 75 mg/m2 intravenously every three weeks was started. The patient underwent five cycles of chemotherapy until May 2015, continuing Denosumab and Leuprorelin. PSA decreased to 8.2 ng/mL, with limited clinical benefit. After multidisciplinary evaluation, the patient was considered eligible for radiotherapy on the prostatic region. This treatment was performed between May 2015 and July 2015 (total dose: 5400 cGy).

Patient was hospitalized at the Surgery Department in our hospital where he underwent colostomy to palliate bowel obstruction and third-segment liver lesion biopsy. The histological examination of the liver showed metastasis of small cell NE carcinoma (Mib1 = 90%) without prostatic features at immunohistochemistry [Figure 4 and Table 1]. 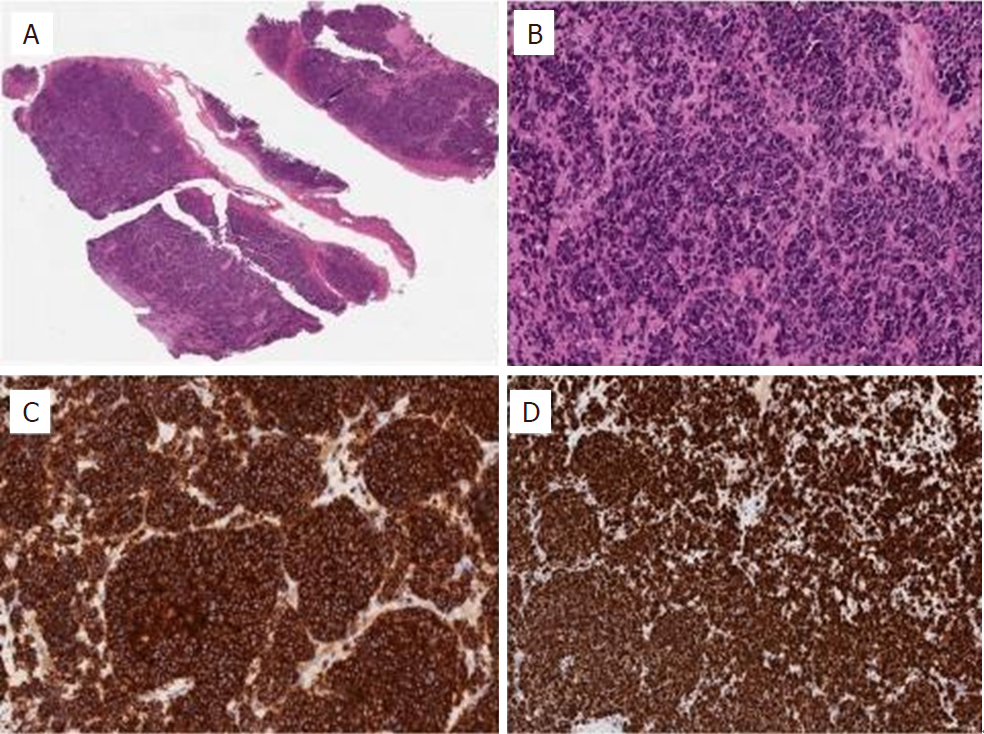 Comparison between prostate and liver histology

After that, the patient came back to our observation in September 2015 in fair conditions (ECOG-PS = 1), with partial pain control, constipation and mild mental confusion. At physical examination, no neurological impairment was reported.

In December 2015, patient experienced bone disease progression at CT scan. A month later, he died due to liver failure.

Hyponatremia is defined as serum sodium concentration (Na+) lower than 135 mmol/L[8,9] and it is one of the most common electrolyte disorders occurring in cancer patients with an estimated incidence between 5% and 20%[10,11]. The most frequent causes include SIAD, due in most cases to ectopic production of antidiuretic hormone, extracellular fluid depletion or renal toxicity of chemotherapy, especially platinum-based[5].

Correct management of hyponatremia represents an important issue for cancer patients considering its well-demonstrated role in increasing mortality, costs and length of hospitalization[12-14]. Treatment depends on underlying causes of hyponatremia but also on severity and time of onset. In the context of SIAD, vaptans represent a relevant therapeutic option for mild-moderate reduction[15].

Literature review revealed that most PAC-associated SIAD cases are high grade and high stage adenocarcinoma. Actually, SIAD can be linked to neuroendocrine evolution at disease progression. Pure small-cell carcinoma of the prostate is extremely rare, accounting for < 0.5% of all cases[16]. About 50% of small cell carcinomas (SCC) have a history of usual PAC. Frequently, at initial diagnosis SCC are seen admixed with adenocarcinoma of the prostate[17]. In these cases, Gleason score is assigned only to the conventional adenocarcinoma component. According to the SEER database, the presence of concomitant high-grade PAC is an independent predictor of poorer cancer-specific mortality[18].

Recent data on in vitro and in vivo studies related to the molecular mechanism of NE transdifferentiation of PCa cells suggest that PCa cells undergo a transdifferentiation process to become NE-like cells, acquiring NE phenotype and NE markers. Common molecular alterations between PAC and SCC components of mixed prostate tumors under conditions of androgen deprivation sustain the hypothesis that small cell carcinoma represents a transdifferentiation from PAC[19]. The model of divergent-differentiation consider instead the hypothesis of a common stem cell progenitor that can differentiate into both adenocarcinoma and SCC. According to this model, hormonal therapy determinates a selective pressure resulting in development of SCC from a subpopulation of hormone-independent cells and consequently inducing hormonal resistance[20]. The more aggressive behavior compared with conventional PAC is due to expression of genes involved in cellular proliferation, mitosis, neuroendocrine differentiation, along with downregulation of genes encoding cell adhesion molecules[21]. This biological molecular phenotype is the reason behind the high proliferation rate, the rapid spreading and the great tendency to metastasize. Further preclinical results, deriving mostly from SCLC cell lines, seem to confirm the relation between hyponatremia, directly or through vasopressin receptors and cell proliferation, resistance to programmed cell death, angiogenesis and metastatization. Mitogen-activated protein kinase (MAPK) pathway is the main intracellular signalling which leads to tumoral growth and spreading[22,23]. SIAD onset may guide physicians to perform a tumor biopsy in order to obtain a new morphological and immunohistochemical characterization[24].

Neuroendocrine prostatic cancer is generally managed by chemotherapy regimens similar to those for SCLC. Prognosis is poor with a median survival of 7 months.

It is still unclear how SIAD arises from prostatic carcinoma with neuroendocrine differentiation but it may involve an ectopic production of ADH from carcinoma cells, as detected immunohistochemically in the tumor tissue[25].

Conception and design of the study and performed data analysis and interpretation: Fiordoliva I, Marcantognini G, Rinaldi S

Patient’s data were extracted from medical record. All information are available from the corresponding author upon request.

This research received no specific grant from any funding agency.

Rossana Berardi has received consulting fees or honoraria from Otsuka (Otsuka Pharmaceutical Co., Japan). The other authors declared no potential conflicts of interest with respect to the research, authorship, and/or publication of this article.

Written informed consent for diagnostic and therapeutic procedures was obtained. 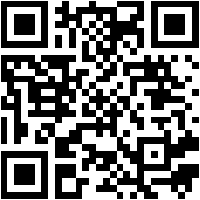