Aim: Gliomatosis cerebri (GC) is defined as a rare pattern of growth of diffuse gliomas involving three or more cerebral lobes. Given its rarity, it is difficult to define prognostic factors and standard of treatment. We retrospectively analyzed patients (PT) with GC from a single institution with the aim of identifying the main prognostic factors and to assess optimal management.

Methods: Medical records were reviewed of patients ≥ 18 years with a histological and/or radiological diagnosis of GC (with no contrast enhancement) occurring between 2006 and 2017. Median progression free survival (PFS) and overall survival (OS) were calculated by the Kaplan-Meier method.

Conclusion: ECOG PS, MGMT methylation, and IDH1 mutational status seem to have an important prognostic significance, while the type of treatment does not seem to affect survival. Treatment response could be a surrogate marker for survival.

According to the 2016 World Health Organization (WHO) Classification of tumors of the Central Nervous System, gliomatosis cerebri is no longer a distinct pathological entity, being designated as a pattern of diffuse and extensive growth of glioma cells. It includes astrocytic and oligodendroglial tumors, involving three or more cerebral lobes, usually bilateral, with a frequent extension to infratentorial structures[1].

However, GC remains a complicated entity to treat, with great heterogeneity in clinical features and outcome. Symptoms and radiological appearance are non-specific, and, thus, it can be confused with other neurological diseases[2]; on magnetic resonance imaging (MRI), GC usually shows diffuse infiltration predominantly of white matter, with T2-weighted and fluid-attenuated inversion recovery (FLAIR) hyperintensity.

With regard to the treatment of GC, optimal management is still unclear. Surgery is used for focal biopsy and the role of radiotherapy and chemotherapy is discordant.

The aim of our paper is to describe our real-life experience in GC by retrospective analysis and to investigate the main prognostic factors and therapeutic management.

We retrospectively analyzed all consecutive patients diagnosed with GC who visited our oncological center, the Veneto Institute of Oncology-IRCCS, in Padua between January 2006 and December 2017. Each patient had to meet the following criteria: age ≥ 18 years, MRI-T2 or FLAIR sequences showing the interest of at least three cerebral lobes, and with the aspect of diffuse glioma with no contrast enhancement. Histological diagnoses were based on the 2009 or 2016 WHO classification, depending on the year in which the intervention was performed.

After reviewing patient records, 33 patients were eligible for the study. Patient features and tumor characteristics are summarized in Table 1.

Figure 1. FLAIR magnetic resonance images of a patient with diffuse astrocytoma before (A) and after (B) biopsy, and subsequent temozolomide treatment showing a partial response according to the RANO criteria for low-grade gliomas. FLAIR: Fluid-attenuated inversion recovery; RANO: Response Assessment in Neuro-Oncology.

Figure 2. Median progression free survival of 19.1 months (A); and median overall survival of 30.7 months (B).

Moreover, radiological response was correlated with survival; indeed, patients with partial or complete response had a longer OS than those with stable or progressive disease (38.5 months in CR/PR vs. 4.0 months in PD, P < 0.0001).

Gliomatosis cerebri is a rare entity, and it appears very difficult to define better management with multiple studies attempting to investigate it. This work illustrates the real-life management of this disease from a single institution, where the main goal was to deepen possible prognostic factors and treatment significance.

Based on a recent literature review by Carroll et al.[4], the median OS in GC is between 14.5 and 30 months, with an average of 21 months. Due to its heterogeneous nature, it is still difficult to define clear prognostic factors, although several studies have investigated them: a recent review reports that young age, low-grade histology, good PS, 1p19q codeletion, O6-methylguanin-DNA-methyltransferase (MGMT) promoter methylation, and IDH1-R132H-mutation seem to correlate with longer survival[5]. In fact, Desestret et al.[6] added that alpha-internexin (INA) expression, in particular when associated with IDH1 mutation, can also be a good prognostic factor.

Because of its infiltrative and diffuse spreading, the surgical approach is limited to biopsy or the minimal debulking of focal areas causing mass effect[7]. Radiotherapy (RT) has historically been used in GC, but its effectiveness is still unclear: multiple studies were conducted in this regard, but their results do not agree regarding survival advantage and dose/modalities of treatment; therefore, RT is often used in selected patients suitable to receive it, while weighing the expected benefits with potential neurocognitive side effects[8].

Conversely, chemotherapy (CT) seems to have an important significance in prolonging survival: historically, the regimen procarbazine-lomustine-vincristine (PCV) was the most used treatment, as also supported by the NOA-05 study[9]. However, this has been replaced, in most cases, by temozolomide, which has easier administration and better tolerability compared to PCV[10-12]; CT is usually prescribed as upfront therapy, but it may also be used after RT with a survival benefit[13] or during RT for GC with more aggressive aspects[10].

One limitation in our study is the lack of neurocognitive assessment; this should be an important factor to be analyzed when comparing efficacy results between chemotherapy alone and chemotherapy plus radiotherapy.

In our cases, it appears that only 67% of patients underwent surgery/biopsy; however, when possible, biopsy should be mandatory to analyze the molecular aspects of GC for choosing the best treatment; indeed, we showed that MGMT methylation can be an important prognostic factor in this tumor, and it is known that patients with MGMT methylation might benefit from temozolomide.

However, in our population, we reported a relatively small number of biopsies, and it could be due to the poor ECOG PS of the patients or the morphological characteristics of the tumor. A recent study analyzing 78 patients showed that a tumor involving the midline brain structure can correlate with a higher perioperative morbidity[14]. Hence, the non-surgical approach could also be an appropriate decision. Overall, our opinion is that biopsy should be mandatory for patients in good clinical condition to better define the tumor’s nature, prognosis, and the best treatment.

It could be an interesting perspective for future insights to investigate novel and more specific radiological techniques, such as positron emission tomography (PET-CT) or PET-MRI with amino acid tracers such as 18F-fluoro-ethyl-l-tyrosine (FET) and 11C-methyl-L-methionine (MET), which can probably better distinguish more aggressive tumor areas[15].

It is also interesting to note that no difference was found between the type of treatment at diagnosis; however, our results could be due to the small population analyzed or the retrospective design of this study. Indeed, the type of treatment was unbalanced among the patients: 67% of them received chemotherapy alone, as the choice of treatment was at the physician’s discretion, which could have influenced clinical outcomes. This is still a much debated topic, with multiple studies published with different results; in most of them, CT and RT seem to have the same results[16,17], so it is reasonable to recommend CT upfront with the aim of limiting neurotoxicity induced by RT[5]. As regards the chemotherapy regime, TMZ resulted safer than PCV with similar results in terms of PFS and OS[18]; however, PCV was the only schedule analyzed in a phase 3 randomized study in patients with anaplastic oligodendroglial tumors. Therefore, it could be correct to use temozolomide in patients with astrocytoma and PCV for an oligodendroglial tumor. However, it appears clear that it is absolutely important to identify predictive factors and focus the therapy on specific targets to obtain a better outcome with minimal toxicity. The recent randomized, phase 3 study (RTOG 9802) analyzing high-risk low-grade glioma patients treated with RT + PCV vs. RT alone demonstrated a longer OS for the combination regimen[19]. A subsequent genomic analysis[20] showed that IDH-mutant high-risk LGG, regardless of the 1p19q codeletion status, received benefits from the administration of chemotherapy; conversely, in our population, we showed no significant difference between combination or single treatment, although multivariate analysis was not performed due to the small number of patients. In conclusion, based on our results, GC patients with a good performance status, mutated IDH, and/or methylated MGMT should be treated with combination therapy, where possible. In the case of advanced disease where RT cannot be performed, CT should be evaluated in selected patients with molecular alterations and second-line therapy could be recommended for patients with a good clinical condition.

All the data are recorded at Veneto Institute of Oncology. No public database exists.

All authors declare that there are no conflicts of interest.

The study was approved by the Veneto Institute of Oncology Ethics Commitee.

All the patients signed the informed consent form. 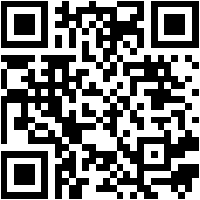