Aim: To clarify the significance of surgical resection for pulmonary recurrence after curative esophagectomy for esophageal cancer.

Methods: Clinical details, such as the recurrence site, timing, and contents of therapies for recurrence, and the prognosis, were examined in 14 patients who underwent surgical resection for pulmonary recurrence that developed after curative esophagectomy.

Conclusion: Surgical resection along with systemic therapy is a promising treatment strategy for pulmonary recurrence after curative esophagectomy when it is solitary and localized. Clinical factors, such as the esophageal cancer stage and the size of the pulmonary metastasis, are useful for deciding on the surgical indication.

Esophagectomy with radical lymph node dissection is the gold-standard for esophageal cancer; however, it is highly aggressive, and until recently, it was associated with a dismal post-treatment prognosis. Recently, the prognosis following curative esophagectomy has been gradually improving due to multiple factors, such as advancements in diagnostic techniques, improvements in operative methods and perioperative management, and the establishment of adjuvant treatments[1].

However, about half of all patients still develop recurrence even after undergoing curative esophagectomy[2]. Most recurrence develops early after esophagectomy, with about 85% of cases recurring within 2 years, and lymphatic recurrence is the most common recurrence pattern[3-5]. Treatment for recurrent disease is generally difficult. In addition to systemic chemotherapy, local treatments, such as radiotherapy, and surgical treatment have been indicated for isolated lymph node recurrence, and the effectiveness of such approaches has been reported[5,6].

To clarify the significance of surgical resection for pulmonary recurrence after curative esophagectomy, we examined the clinical details of 14 cases and reviewed available previously reported studies.

Three hundred and sixty-six patients with esophageal cancer underwent curative esophagectomy (R0 resection) between 2003 and 2018 at the National Hospital Organization Kyushu Cancer Center. Among these patients, recurrence was recognized in 145 patients, and the details of recurrence were available for 138 patients. The subjects of this study were the 14 patients who underwent surgical resection for pulmonary recurrence; the clinical details of these patients, such as the recurrence site, timing of recurrence, contents of therapies for recurrence, and the prognosis, were examined.

This study was approved by the Institutional Board in National Hospital Organization Kyushu Cancer Center (No. 2020-93) and was conducted in accordance with the 1964 Declaration of Helsinki. Written informed consent was collected from each patient.

Screening for recurrence after esophagectomy was regularly and intensively performed with radiological imaging, physical exam, and tumor markers. Cervical, chest, and abdominal computed tomography (CT) and abdominal ultrasonography were performed every four months for the first two years and every six months thereafter, until at least five years after esophagectomy[9]. Clinicopathological factors were examined according to the guidelines of the Japan Esophageal Society[10], and the UICC TNM Classification of Malignant Tumours 8th edition[11] was adopted.

The clinical diagnosis of metastasis was made mainly according to the findings of chest CT as well as fluorodeoxyglucose-positron emission tomography (18F-FDG-PET) images in some cases. In our institute, the differential diagnosis as well as therapeutic strategies for pulmonary tumors developing after esophagectomy are carefully discussed among members of the interdisciplinary tumor board, which comprises of gastrointestinal surgeons, thoracic surgeons, diagnostic radiologists, medical oncologists, and radiation oncologists. Systemic chemotherapy is principally indicated for hematogenic recurrence, such as lung metastasis, and radiotherapy is sometimes considered for local control. Strict operative indications are adopted only for solitary lung metastasis in principle, and any other recurrence is completely controlled. Partial resection (e.g., wedge resection) of the lung is performed for peripheral-type pulmonary metastasis, while minimum-extent pulmonary resection is considered for central-type metastasis. The diagnosis is confirmed by comparing the histological findings of the resected pulmonary tumor with those of the primary esophageal cancer. The size of the pulmonary metastases was measured using horizontal slice CT images, and the maximum diameter was adopted for this study.

The mean age of the patients was 60.5 years old at the time of esophagectomy, and the male-to-female ratio was 13:1. Mid-thoracic esophagus was the most frequent location of primary esophageal cancer, and the TNM stages were I, II, III, and IV, in 4, 2, 6, and 2 patients, respectively. Twelve patients were pathologically diagnosed with squamous cell carcinoma, and of the remaining 2, 1 was diagnosed with basaloid carcinoma and the other with adenosquamous cell carcinoma. The initial recurrence site was the lung in 12 patients, the neck in 1 patient, and the upper mediastinum in 1 patient. The median disease-free interval (DFI) after esophagectomy (interval between esophagectomy and detection of initial recurrence) was 17.2 months. Two patients underwent pulmonary resection 2 times, and one patient underwent it 3 times; therefore, pulmonary resection was performed a total of 17 times in these 14 patients [Table 1].

The overall survival after initial pulmonary resection according to prognostic factors

Among gastrointestinal cancer cases, surgical resection for hematogenic recurrence after curative colectomy for colorectal cancer is frequently indicated, and its clinical significance is well established, especially when R0 resection can be achieved[12]. Regarding esophageal cancer, pulmonary recurrence after esophagectomy frequently shows multiple recurrence in the lung and is also frequently associated with recurrence in other organs as well as lymph node recurrence. Therefore, it tends to be considered a “systemic disease”, and systemic chemotherapy is held as the main treatment of this type of recurrence. Additional radiotherapy is sometimes indicated for either local control or symptom palliation. We agree with this treatment strategy, and based on this concept, surgical resection is not usually indicated. However, Shimada et al.[13] and Kunisaki et al.[14] have reported the clinical results of surgical resection for “oligometastases”, which indicate a small number of localized metastases restricted to a single region and/or a single organ.

The prognosis after esophagectomy has been markedly improved due to advances in operative procedures as well as the perioperative management and adjuvant and/or neoadjuvant treatments. The clinical results of several patients who underwent surgical resection for recurrent lesions after esophagectomy have recently been reported from high-volume centers in Japan and Western countries. Therefore, even in cases of hematologic recurrence, surgical resection may be an effective treatment option for patients with “oligometastases” restricted to a single region and/or a single organ[4,7,15]. We previously examined 100 cases of recurrence that developed after curative esophagectomy in other institutions and reported that the prognoses of the 14 patients who underwent surgical resection for any type of recurrence had significantly better outcomes compared to other patients who did not undergo surgical resection, with respective DFIs of 92.2 months and 12.2 months, respectively. Among those patients, four underwent pulmonary resection. We concluded that surgical resection for the recurrent site may be a viable treatment option when the recurrent lesion is solitary or localized and emphasized the importance of combined chemotherapy and/or radiotherapy[16]. In the present study, we evaluated the clinical significance of surgical resection while paying close attention to the incidence of pulmonary recurrence. As a result, fairly favorable results were confirmed, with a 5-year OS of 43% and a median survival time of 45.5 months after pulmonary resection.

According to the PubMed database, most references describing the clinical results of surgical resection for lung recurrence thus far have originated from Japan, and the clinical results are summarized in Table 4[16-26]. Esophageal cancer frequently shows recurrence within two years after curative treatment[3-5]. The previous findings reflect these characteristics, and most DFIs, including that in the current study, have ranged from 12 to 24 months. The prognosis after pulmonary resection is fairly favorable, even for cases of recurrent esophageal cancer, and the 5-year overall survival rates have ranged from roughly 30% to 45%, except for that in the study by Kozu et al.[23]. The 5-year survival rate of 43% in our current study is reasonable and comparable to those of Ichikawa et al.[20] and Kanamori et al.[24]. In cases with pulmonary recurrence, we have strictly determined surgical indications: namely, the metastatic lesion is solitary and localized, and any other recurrence is completely controlled. Indeed, most pulmonary metastasis presented as a “solitary” lesion at the time of metastasectomy in the current study, except for one case with bilateral solitary metastases (Case #3), who survived for 107 months after metastasectomy without further recurrence. In addition, we would like to emphasize the fact that systemic therapy is the gold standard for lung metastasis, since lung metastasis reflects “systemic disease”, even when it is solitary. We therefore principally perform combined systemic chemotherapy for lung metastasis. These results strongly support the notion that multimodal therapies, including not only systemic chemotherapy but also local therapies, such as radiation and pulmonary resection with strict surgical indications, might be important for treating oligometastases after esophagectomy, as described in our previous report[16] and other reports[22,24].

Several limitations associated with the present study warrant mention. First, the number of patients who underwent metastasectomy was only 14, and these patients received various initial multimodal treatments and subsequent treatment other than pulmonary resection. To compensate for this limitation, we reviewed other studies and found that results of these studies supported our current findings. Second, most of our cases were histologically squamous cell carcinoma, and no cases of adenocarcinoma were included. Furthermore, all studies describing pulmonary resection originated from Japan and included mainly squamous cell carcinoma. Third, only “solitary” pulmonary metastasis was indicated for surgery in our study, a restriction that is too strict to allow for the evaluation of the clinical significance of resection for “oligometastases”.

In conclusion, surgical resection in addition to chemotherapy and/or radiotherapy for pulmonary recurrence after curative esophagectomy is a promising treatment strategy with the potential to result in a long-term survival when the recurrence is solitary and localized. Clinical factors, such as the stage of esophageal cancer and size of the pulmonary metastasis, may be useful for deciding on the surgical indication.

We thank Brian Quinn for assisting with the preparation of the manuscript.

Conceptualizing and designing the study, and writing the manuscript: Morita M

This work was supported in part by a Grant-in-Aid from the Ministry of Education, Culture, Sport, Science and Technology of Japan (JSPS KAKENHI Grant number JP21K08766).

This study was approved by the Institutional Board in National Hospital Organization Kyushu Cancer Center (No. 2020-93) and was conducted in accordance with the 1964 Declaration of Helsinki. Written informed consent was collected from each patient. 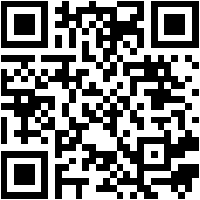