How to maintain nutritional status after esophagectomy via the Tanaka method

Aim: Many therapeutic means have emerged to treat esophageal cancer. Factors relating to nutritional status such as body weight maintenance are important to the continuation of these treatments. In this study, we investigated methods to extend the administration of diversified treatments for patients with esophageal cancer, especially regarding measures to suppress body weight loss after surgery.

Methods: We retrospectively evaluated a strategy for preventing postoperative body weight loss which can hinder the continuation of treatment via a reconstruction method aimed at safety and comfort combined with postoperative dietary intake and nutritional support for esophageal cancer patients.

Results: The subjects comprised 386 patients who underwent subtotal stomach reconstruction during esophageal cancer surgery performed from January 2008 to January 2021 at Gifu University Hospital. The anastomotic leakage rate was 0.5%. By administering oral nutritional supplementation under strict rules using ENSURE® H during the perioperative period, the percentage of body weight loss after 5 years could be limited to 4.78% compared to that before treatment. Scores assessing early feeling of fullness measured using the EORTC QLQ-OES18 at postoperative months 3, 12, 24, 36, 48, and 60 were 1.7 ± 0.3, 2.0 ± 0.2, 1.2 ± 0.3, 1.3 ± 0.2, 1.5 ± 0.2, and 1.4 ± 0.1, respectively.

Conclusion: Considering methods to eliminate the factors that prevent continuation of treatment may lead to sustainable treatment against esophageal cancer. Proper surgical reconstruction and nutritional management will allow maintenance of body weight and good quality of life.

Among the number of cases of cancer predicted to occur in Japan in 2020, that of esophageal cancer (EC) was the 11th highest, and the number of deaths was predicted to be 11,100 per year, which is the 10th highest rate[1]. EC continues to have a poor prognosis, with 5-year survival rates ranging from 20% to 35% for the non-metastatic form[2]. Survival is dependent on the stage of disease, with 5-year relative overall survival of only 3.1% for metastatic disease[3]. Currently, endoscopic resection for early EC, minimally invasive esophagectomy, chemoradiotherapy, neoadjuvant or induction chemotherapy[4-7], and immune checkpoint inhibitors are reported to be effective for EC patients[8]. With the advent of immune checkpoint inhibitors potentially improving the treatment outcomes for EC, it has now become important to eliminate as much as possible events related to body weight loss and poor quality of life as well as adverse events during treatment for EC[9-11].

The functional role of the surgically reconstructed stomach is important given that it is an early route for food intake, which is its physiological role. Surgeons need to aim for reconstruction that is safe and does not interfere with postoperative dietary intake, allowing for supplementation against the lack of calories with enteral nutritional supplements.

Therefore, this paper focuses on the measures thought to be necessary for patients to continue receiving cancer treatment, and it retrospectively considers how to create a gastric tube that causes no postoperative difficulty in eating and how to prevent body weight loss using oral nutritional supplementation (ONS).

We have been actively using enteral nutrition administered via jejunostomy tube or orally from the perioperative period to about 6 months after surgery. ENSURE® H (Abbott Japan LLC) at a concentration of 1.5 kcal/mL is being used. In particular, we have focused on the fact that a vague all-day rise in blood sugar level reduces appetite. Enteral nutritional supplementation is started the day after surgery, and calories are gradually increased. At the stage when oral intake became stable in the period before discharge, enteral nutrition is administered via jejunostomy tube or orally twice a day (375 kcal each) at the same time as breakfast and dinner, and an administration time of 3 h at each meal is strictly adhered to. This method of ingesting ONS is called the Tanaka method (taking an ONS along with the meal by knowing appetite), and ONS is used for 6 months after EC surgery. Figure 2 shows an example of three timings at which ONS can be taken twice daily for 3 h each. (1) Taking ONS between meals: When the blood glucose level after breakfast/lunch rose to its highest level, ONS was taken orally, but compliance did not improve. Patients complained that they could not take ONS due to feeling full. They complained of feeling like they were eating all day long and that their daily activities were restricted. (2) Start taking ONS before meals: after breakfast or lunch, patients want to go walking or shopping and want to drink after that. In other words, they want to start drinking the supplement before lunch or dinner. In fact, many patients were taking ONS in this way simply on the advice of their physician to take ONS twice a day. Although the patient’s daytime behavior is not restricted, lunch and dinner begin when the blood glucose rises due to taking ONS. The patients complained that they could not eat lunch and dinner because they were full. (3) Start taking ONS at the same time as breakfast and dinner: the start of breakfast and dinner are not times of elevated blood glucose. Moreover, taking ONS at these times does not restrict the behavior of patients during the day. Patients do not suffer because they do not eat in the middle of the night even if their blood sugar rises at bedtime. Additionally, protein intake before sleep is still beneficial in that it is thought to increase muscle protein synthesis[13].

On the basis of these measures, we retrospectively examined the perioperative results of subtotal gastric reconstruction, postoperative body weight change, and quality of life.

This study was approved by the Ethics Committee of Gifu University School of Medicine (IRB Numbers: 2019-149, 2019-170). Written informed consent was obtained from all patients in this study. 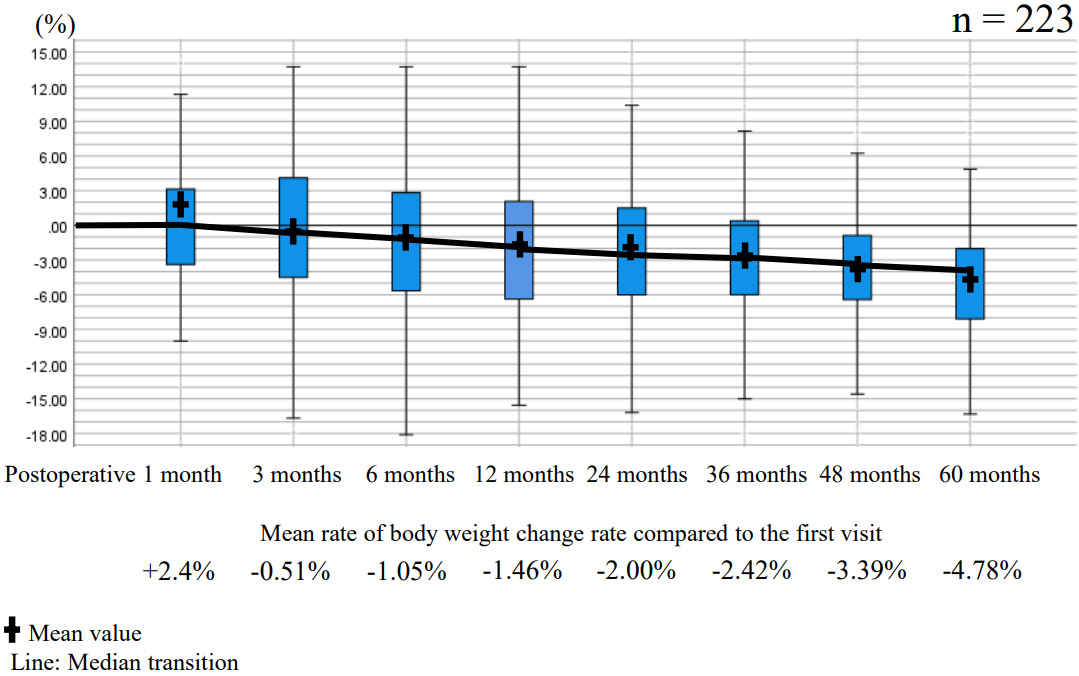 A recent review article reported a frequency of anastomotic leakage associated with esophagectomy of 11.4%[16]. Familiarity with the techniques of subtotal gastric reconstruction can lead to a situation that is extremely safe and does not interfere with oral intake. In our department, the phase of development of our technique aimed at reducing anastomotic leakage has ended, and we are now focusing particularly on how to create a reconstructed stomach without causing postoperative difficulty in eating.

It was reported in a systematic review and meta-analysis that there was no difference in delayed gastric emptying with gastric-tube vs. whole-stomach[17]. SS is close to the whole-stomach, and we think that it is possible to achieve gastric emptying similar to reconstruction using a narrow gastric tube if we are aware of linearization in the thoracic cavity by our method.

It has been suggested that reducing postoperative infectious complications tends to reduce the recurrence of cancer[18], whereas weight loss of 10% or more was reported to increase the rate of recurrence[19]. First, a reduction in the rate of anastomotic leakage significantly helps to suppress the perioperative inflammatory cytokines that trigger the recurrence of cancer metastasis. Second, a surgical reconstruction must be devised that allows smoother flow of oral intake. Schandl et al.[20] reported that among 351 patients, 125 (36%) suffered from ≥ 15% postoperative weight loss within 6 months of EC surgery.

There are neurons in the centers of satiety and feeding in the brain that respond to dietary signals by increasing or decreasing blood glucose[21]. If the glucose level remains high over a long period of time, caloric intake tends to decrease. Ingestion of 300 kcal significantly reduces appetite when checked at 15, 30, and 60 min after ingestion[22]. In our institution, ONS is administered via jejunostomy tube or orally twice a day at the same time as breakfast and dinner, and an administration time of 3 h at each meal is strictly adhered to. Patients’ compliance with ONS has improved with this timing. We use ENSURE® H, which is the concentrated type (1.5 kcal/mL). Because the ENSURE® H is taken with meals, it is diluted by mixing with digestive juices in the digestive tract, and its administration is rarely interrupted due to diarrhea unless lactose intolerance is present. We did not set targeted calorie goals in each patient. Even if we set a targeted calorie goal, most patients cannot reach it 1-6 months after EC surgery with a normal diet alone. However, if the shortage is covered completely by ONS, the normal amount of daily food will not increase. So, all the patients received twice a day (375 kcal each) as ONS.

By reconstructing a gastric tube that causes no postoperative difficulty in eating as described above and using ONS based on scientific evidence, we have succeeded in limiting the decrease in weight in our patients to -4.78% over 5 years. It has been reported that even healthy people lose -6.5% in 5 years in their 70s[23]. Given that, we believe that our postoperative data for EC is not bad at all. The ESPEN 2020 guidelines assert the importance of early perioperative enteral nutritional management, but there is no evidence of how long it should last[24]. As a result of examining the cases in our institution regarding esophageal-specific function and symptoms[15], the total scores tended to increase until about half a year after the operation [Figure 4]. Therefore, it is considered feasible to use ONS for half a year after surgery. In fact, our method succeeded in suppressing the weight loss in the 6 months after surgery to -1.05%. 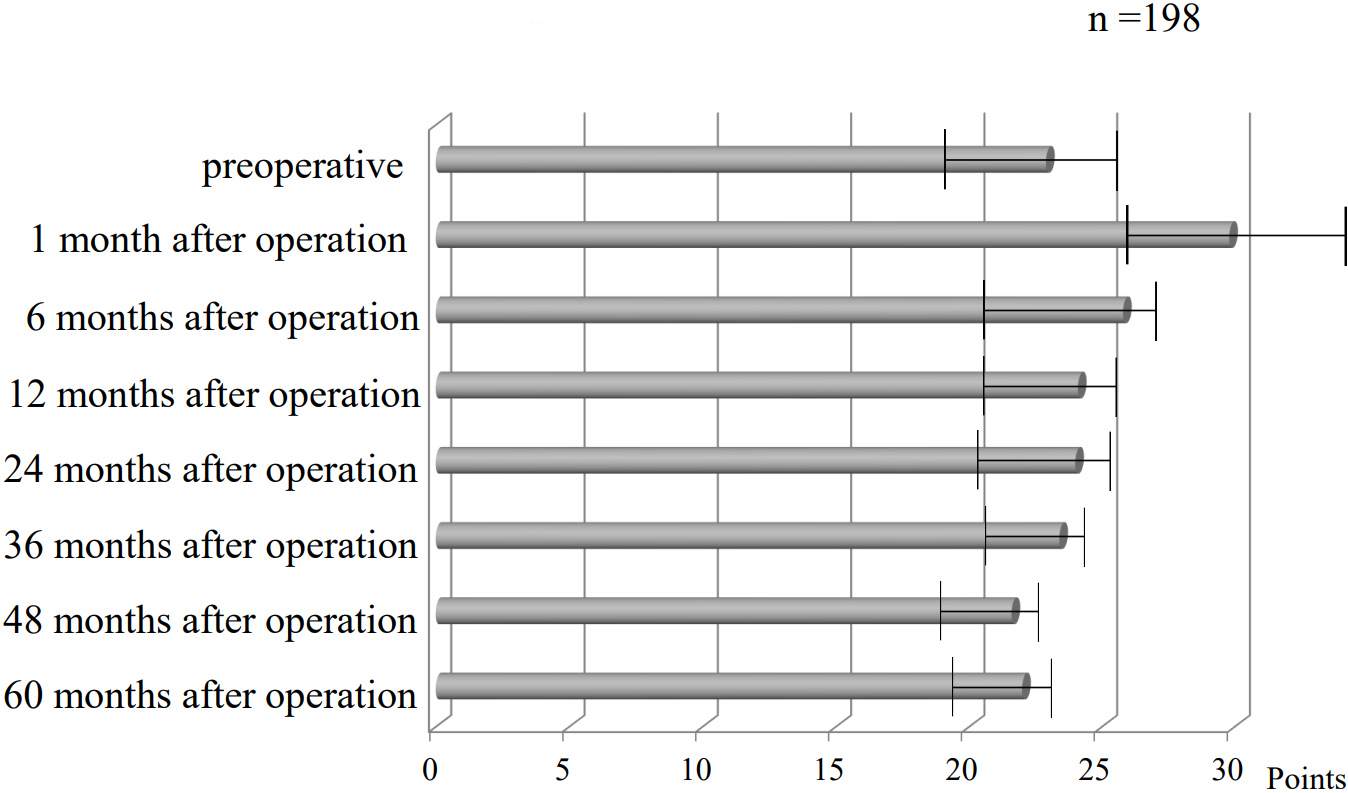 Recently, we have been using mobile phones to access a one-on-one, completely private social network system [Medical care station (Embrace Co., Ltd)] between medical staff (i.e., doctors, pharmacists, nutritionists, speech therapists, and physiotherapists) and patients as elderly patients may forget our guidance unless they reconfirm the ONS intake method via the social network system. In fact, 98.4% of patients were able to perform ONS as planned. In addition, not only nutritionists but also physiotherapists participate because improving both swallowing and gastric tube excretion through appropriate exercises leads to better oral intake. Thus, it seems to be important to avoid the marked weight loss for half a year after surgery by taking ONS, undergoing gastric tube reconstruction, and allowing for continuous intervention. Regarding the best timing of ONS administration after EC, future large-scale randomized trials are desired.

A meta-analysis did not show the superiority of ONS and reported the benefits of home enteral nutrition[25]. This suggests the difficulty of ONS compliance. Several reports showed that ONS did not contribute to weight maintenance[26,27]. In other words, even if the benefit of ONS is suggested as an underlying mechanism, the results may be affected by the difference between the planned duration of ONS and compliance itself. In that respect, the ONS intake method we reported may be useful in these studies in the future.

This study has several limitations. Our examination of body weight changes focuses on the patients without postoperative recurrence. Novel nutritional management is desired considering cancer metabolism or feasibility of the high caloric supplementation for recurrent EC cases.

Considering different ways to eliminate the factors that prevent continuation of treatment may lead to sustainable treatment against EC. Proper surgical reconstruction and continuous nutritional management with proper guidance can help to maintain body weight and a good quality of life after surgery.

We would like to thank Rise Japan LLC for providing editorial assistance.

This study was conducted in accordance with the World Medical Association Declaration of Helsinki. This study was approved by the Ethics Committee of Gifu University School of Medicine (IRB Numbers: 2019-149, 2019-170).

Written informed consent for this study was obtained from all patients. 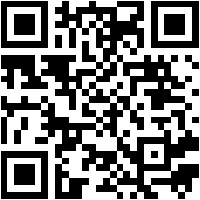